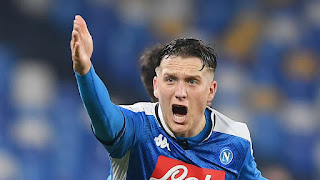 It was exactly the spark the Serie A title race needed.
Napoli inflicted Juventus and Maurizio Sarri’s second league defeat of the season on Sarri’s return to Naples. The 2-1 win halted their five-game winning run and denied Juventus the chance to go six points clear of Inter Milan atop the Serie A standings.
A heroic display squaring off to the Champions was Napoli’s first home league win since October, as goals from Piotr Zieliński and a Lorenzo Insigne volley -Napoli’s first goals after 294 minutes- to secure maximum points for The Partenopei.
Juve’s tepid display brought the first time Juve failed to record a shot on target in the first half of a league game this season. With Napoli registering more shots (15-8) and edging possession 51%.
10th-placed Napoli have been miserable this season, enduring poor results that led to accusations of squad mutiny; internal issues which led to the players getting fined 25% wages and Carlo Ancelotti’s sacking.
The San Paolo crowd were indeed gifted with Gennaro Gattuso’s second league win in six since taking over, their first over Juve in five years.
This win would have meant a lot last season or earlier this season in terms of Napoli’s title credentials, however it boosts Inter and Lazio in the title race, it also represents an adrenaline shot to Napoli’s ailing season.

IMMOBILE: Europe’s top marksman with a point to prove.
Insigne earned praise from Gattuso recently, seeking consistency from the attacker with boundless potential, his captain, however, netted his first home league goal and assisted the other. His team might have failed in a title bid this year but he has surely delivered a new twist to the title race.
Inter ‘s form has tailed-off in recent weeks after three successive draws but Antonio Conte would be buoyed by this opportunity and can now count on dependable reinforcements in the January transfer window. The likes of Victor Moses and Ashley Young, with Christian Eriksen and Olivier Giroud also expected to complete imminent deals.

ANTONIO CONTE IS BACK WITH A VENGEANCE
Juve’s winning run has been halted and although Cristiano Ronaldo’s scoring streak was stretched to eight games, the challengers have got the trip they hoped.

The race is on 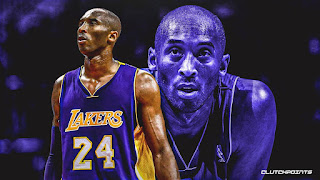 No doubt the biggest story over the weekend, was the tragic death of retired NBA legend and global icon, Kobe Bryant, one of the greatest sportsmen of all time, with his teenage daughter Gianna.
A true legend whose name would be forever etched in the hearts of people all over the world for his inspirational exploits in basketball and the world at large has truly made a mark, as he so memorably hoped.
Condolences also go to the other seven lives lost in the helicopter crash.
Advertisements
Bolu Alabi-Hundeyin
Features, Serie A, Tactical Analysis
Tags: Inter Milan ,Juventus ,Napoli ,Serie A