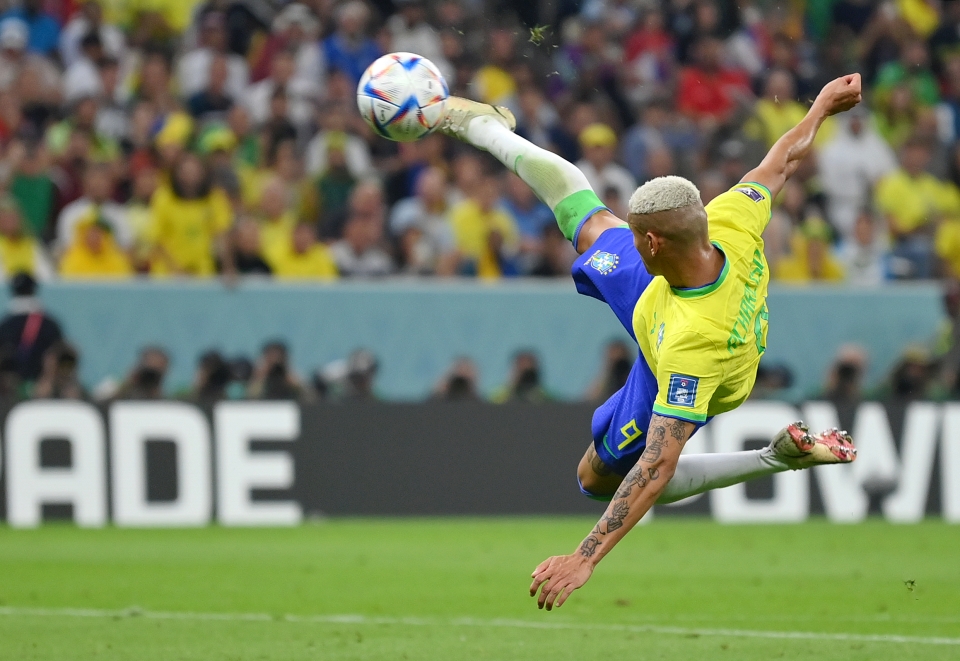 The most controversial of FIFA World Cups in recent memory has kicked off and the sight of goals flying in has brought back the enjoyment of football.

In truth, the on-pitch action has not disappointed as the first-ever winter tournament has had its thrills and spills.

After the first round of group matches, Bukayo Saka, Enner Valencia, Richarlison, Mehdi Taremi, Olivier Giroud and Ferran Torres have all risen to the top of the Golden Boot race with two goals each as the 2022 World Cup takes shape.

FootballCastle provides an overview of the tournament so far.

Talk about underdogs and a game of two halves, the 2022 World Cup has not lacked good old football clichés.

There have been massive results, with Saudi Arabia and Japan securing the biggest scalps after only a third of the group-stage campaign.

In their upset of tournament favourites Argentina, Saudi Arabia were impressive with their dangerously high defensive line which was a high-risk ploy to control the spaces and ensure fewer distances to cover on the counterattack.

Knowing fully well their opponents lacked elite runners off the ball or any pacy attackers at all, Hervé Renard’s men saw Argentina have three first-half goals disallowed for offside and their bold tactics were rewarded as they ended Argentina’s 36-match unbeaten record to slap Group C wide open.

The 2014 world champions led for large periods but their Asian opponents turned the game on its head during an incredible eight-minute spell, as first Ritsu Doan fired Japan level before Takuma Asano found the roof of the net from an acute angle.

Having lost a World Cup game in which they had led at halftime for the first time since 1978, Germany face the prospect of a second successive World Cup group-stage exit after their horror experience in Russia 2018. Die Mannschaft play Spain on Sunday knowing a defeat would likely eliminate them, their last meeting – a resounding 6-0 defeat in 2020 – will not hold happy memories either.

These notable results have sent shockwaves around the world and there could be more major upsets to come.

In-between the rare upsets are the expected thrashings, and England beat Iran 6-2 before Spain thumped Costa Rica 7-0 for one of the biggest wins in World Cup history.

The performances of bright youngsters in both winning teams understandably stole the show as Jude Bellingham, Bukayo Saka, Gavi and Pedri all continued that wild debate over the best Golden Boy of football following their showings for England and Spain.

It is pertinent to note that some of these heavy defeats were delivered in the full complement of time as the tournament has been known for the high amount of added time per half, in a bid to negate time-wasting tactics.

So far, five goals have been scored in the 90th minute or beyond. Expect many more late twists.

The five African representatives at the FIFA World Cup always carry the aspirations of a whole continent and Senegal, Morocco, Tunisia, Cameroon and Ghana are the ones attempting to make history in 2022.

Yet, they have all scored a grand total of two goals after five games in Qatar, with the North African duo getting a single point each on the board while Ghana’s fightback in a frenzied second half against Portugal amounted to nothing in the way of points.

Indeed, the reigning African champions and biggest hope of the continent at the global showpiece are missing Sadio Mané, and Senegal’s hopes seem to have evaporated alongside their marksman’s untimely injury.

Each of Ghana, Cameroon, Tunisia, Morocco and Senegal can all point to solid spells and maybe unlucky results in their opening games, but a lack of firepower seems to be evident and much better needs to be done before Africa’s first World Cup semifinalists can emerge.

The topic of fatigue and injuries was a big backdrop ahead of the tournament as teams underwent gruelling schedules before the World Cup.

Defending champions France were the most hit as Paul Pogba, N’golo Kanté, Karim Benzema, Presnel Kimpembe and Christopher Nkunku are all missing through injury. However, the wave of casualties since the tournament began is already a growing list.

Saudi Arabia captain Salman Al-Faraj only lasted the first period against Argentina as he sustained a shin injury on top of his dislocated shoulder. Defender Yasser Al-Shahrani also suffered a fractured jaw, broken facial bones and internal bleeding in a gruesome collision with his goalkeeper.

Elsewhere, Iran Keeper Alireza Beiranvand suffered a broken nose and concussion early on in the defeat to England while Lucas Hernández went off with an Anterior Cruciate Ligament rupture in his knee only 13 minutes into France’s game against Australia.

Thomas Delaney has also been ruled out for the rest of the tournament with a knee injury after he came off in the first half against Tunisia.

Naturally, more of such setbacks will emerge as the games come thick and fast, with soft tissue or muscular injuries posing a bigger threat in the late stages of the tournament.