Awakening the giant: AC Milan finally back to the top

The Football Castle > Blog > Features > Awakening the giant: AC Milan finally back to the top 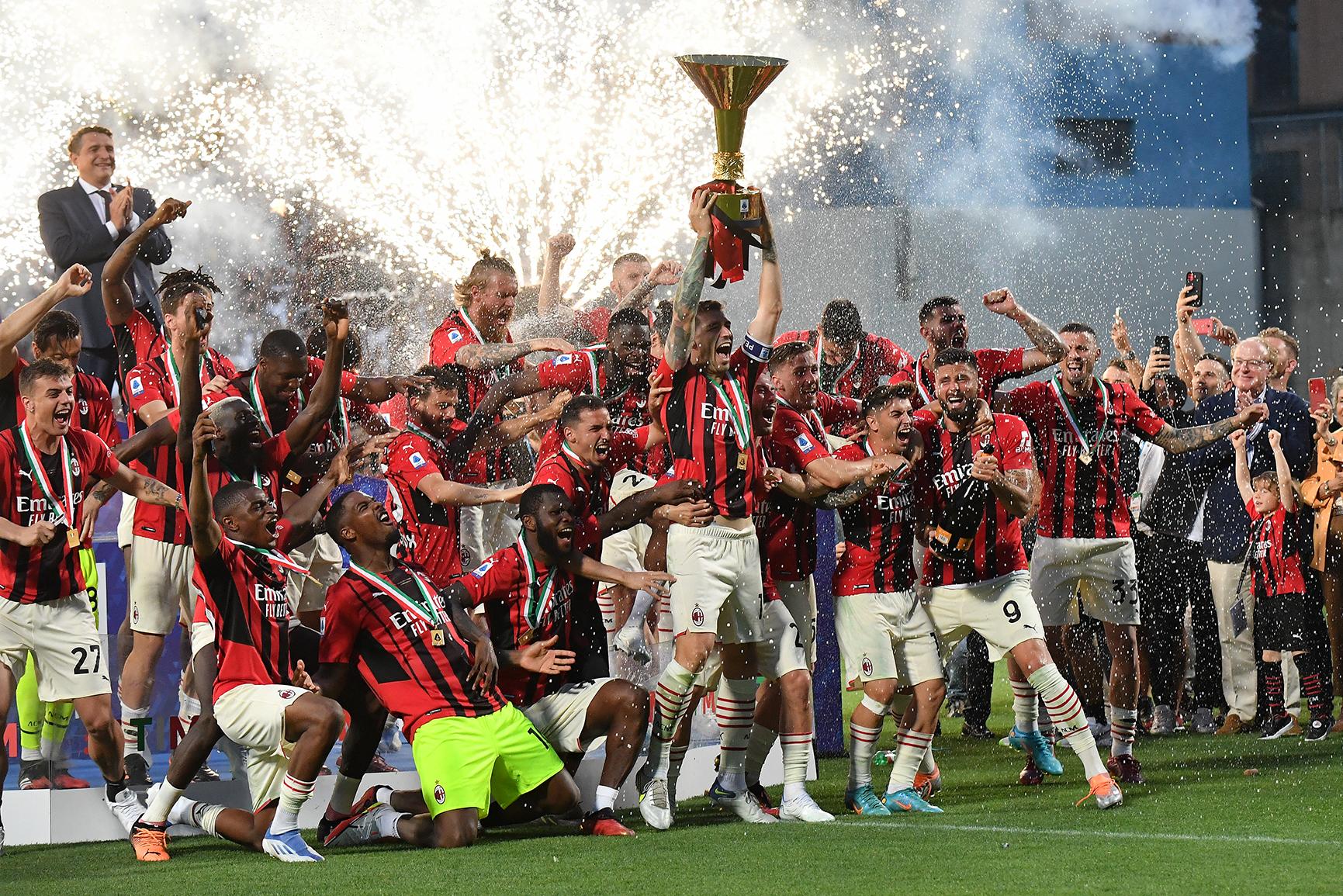 AC Milan have won their 19th Serie A title thanks to a brilliant 3-0 win over Sassuolo kept them two points ahead of defending champions and city rivals Inter Milan.

Milan went into the final league game needing to avoid defeat to be crowned Champions of Italy for the first time since 2011, and they did so in emphatic fashion with a brace from Olivier Giroud and a Franck Kessie strike sealing a 3-0 lead before half-time.

It completes a wonderful redemption after fans were initially unhappy at Stefano Pioli’s appointment in 2019, due to his previous stint with Inter, but he has masterminded a complete turnaround after two full seasons. The Rossoneri had suffered several mid-table finishes, failed to qualify for the Champions League for eight years, and then watched rivals Inter beat them to the Scudetto last season.

Notably, Zlatan Ibrahimovic was part of the last AC Milan side to win Serie A and has lifted the trophy again at the age of 40 having returned specifically to get them back to the top.

“It’s completely different,” the Swede said after this latest triumph. “That team had 22 champions who had won everything, we were the favourites.

“This team is full of youngsters, they arrived and we put pressure on them and made them understand what Milan is. This is a different story”.

Indeed, the manner in which they have completed this title race was impeccable.

Inter were the league’s top-scorers with 84 goals, but Milan’s 69 strikes were expertly decisive. Without a player in the top 16 goalscorers this season, Pioli’s men struck with accuracy through key attacking duo Rafael Leão and Olivier Giroud.

The Portuguese winger assisted all three goals in the title-clincher against Sassuolo as he produced three goals and six assists to see them over the line in the final six games of the season.

Giroud reached double figures for league goals as most of his strikes were decisive including the quickfire brace in the derby which gave them the edge in the head-to-head record, the winner against Napoli, the equalizer in a late comeback at Lazio, and a first-half brace against Sassuolo.

Elsewhere, this title win was built on a very strong end to the season as they went 16 games unbeaten from mid-January, as well as an incredible defensive record of nine clean sheets in the last 11 games.

Having now completed a remarkable title win, Pioli has done a wonderful job settling the sleeping giants and proved the perfect custodian for a club in crisis. By winning the first trophy of his 19-year coaching career, the 56-year-old’s points-per-game average (1.96) is better than those of Milan coaching legends Arrigo Sacchi (1.95), Nereo Rocco (1.95) and Carlo Ancelotti. Only Fabio Capello (2.02) boasts a better win rate in the club’s entire history.

The Parma native did so by virtue of reigniting the fighting spirit of the club, alongside the shrewd recruitment of club directors Paolo Maldini and Frederic Massara, they were able to build a group of talented young players mixed with seasoned veterans.

Pioli summed up the togetherness and determination his young side showed to finally lift the Scudetto.

“We were more consistent than Inter. The last game we lost was against Spezia and we shouldn’t have lost it. The team never gave up, the players were fantastic, both those who played more and less. We deserved the Scudetto because we believed in it more. We deserved it because we are a strong team and I had two great managers like Maldini and Massara by my side.”

The 11 years between their most recent title wins felt longer due to the sheer anguish of evolution on and off the pitch, but Milan have dug deep into their souls to get back to the top.

Looking forward, Pioli and the technical team must ensure the quality in the squad is improved, as they will have a considerable target on their backs next season while navigating another season in the Champions League.

For AC Milan, the battle back to the top took 11 years, staying at the top will take considerably greater effort.