Who will blink first in super Champions League final? 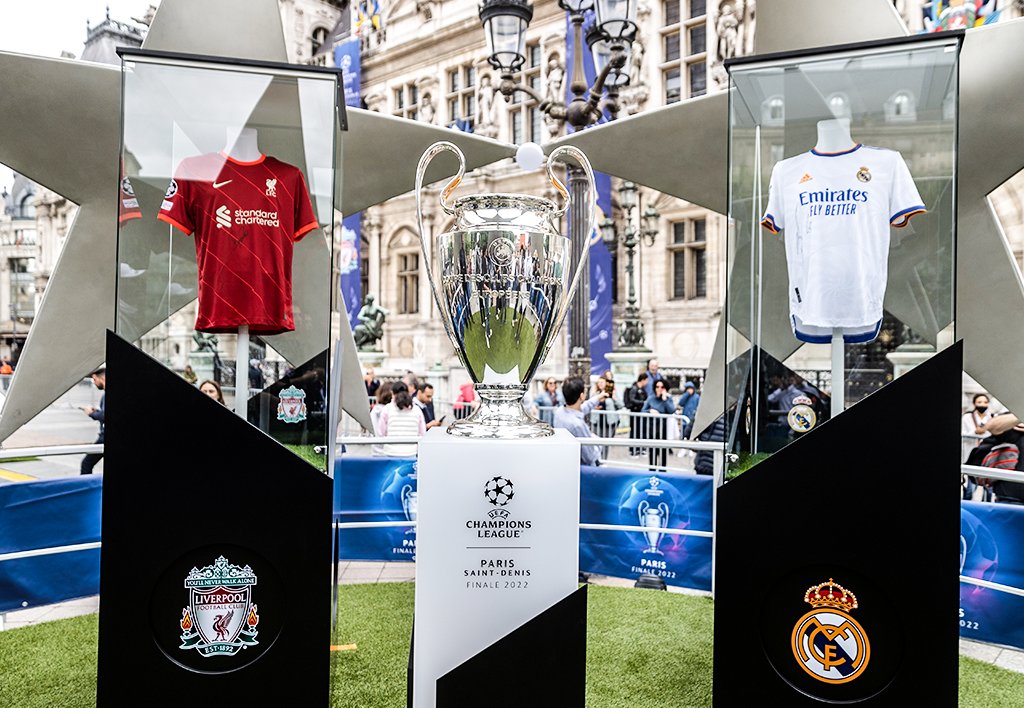 Club football draws to a close for the season when Liverpool and Real Madrid square off in an epic Champions League Final at the Stade de France.

Both sides are looking for the perfect end to an intriguing campaign, as Liverpool seek to complete a magnificent cup treble while Real Madrid want to lift their 14th European Cup. This is a meeting of genuine heavyweights as the English side have won six of nine European Cup finals while Los Blancos are 13-time winners from 16 occasions.

Indeed, one of Madrid’s three final defeats came against Liverpool in 1981 also in Paris, but the Reds have the chance to revenge after losing to them in the 2018 Champions League final.

Real Madrid are returning to the showpiece for the first time since completing that unprecedented UCL treble in 2018 and will have to beat the third of the Premier League’s top-three teams in order to touch glory once more.

Liverpool might have to navigate this blockbuster clash without midfield schemer Thiago Alcântara who is a doubt. Their intense, but ultimately unsuccessful chase for the Premier League title with Manchester City has unsurprisingly taken its toll in a 63-game season as Mohamed Salah, Virgil van Dijk and Fabinho have all had injury issues recently.

Carlo Ancelotti’s men are clearly the fresher side after 23 days to prepare for this clash having wrapped up their La Liga title with four games to spare. Nevertheless, Jürgen Klopp’s side are undoubtedly capable of ending Madrid’s ruthless run in the knockout rounds.

The Reds’ chances will be boosted by the fact Madrid are for once playing this showpiece without influential ex-captain Sergio Ramos, who had individual key contributions in each of their last four UCL finals. Mo Salah is surely looking forward to avenging ‘the worst night of his career’ after being taken off in the first half following a challenge with Ramos in 2018, but will he be in for another night of anguish against the competition’s most successful side?

The race to the final whistle

Liverpool are famous for their intense and emotional style of play, whereas there cannot be a better team to match them in Europe this season than Los Blancos.

Karim Benzema’s 15-minute hat-trick downed French Champions PSG in the last 16 before an incredible fightback took them to extra time in another comeback against defending Champions Chelsea, then the bizarre late recovery to knock out English Champions Manchester City in the semi-final.

Ancelotti’s use of substitutes has been key to these improbable turnarounds late in the knockout games as both Rodrygo and Eduardo Camavinga came off the bench to make devastating impacts.

Benzema’s 15 Champions League goals in only 11 games with an Expected Goals ratio of 8.6 is simply sensational, and such a ridiculous finishing rate could hurt the Reds. Trent Alexander-Arnold is likely to spend more time defending due to Madrid’s most lethal duo of Vínícius Júnior and Benzema preferring to play across the left flank.

The Frenchman’s intelligence is a never-ending menace and his linkup play will be as dangerous as his prolific scoring rate. With the willy Luka Modrić patrolling the park, Liverpool’s high defensive line will be put to the test as it proved costly in the Merseysiders’ quarterfinal exit to Madrid last season.

Liverpool are aiming to climb joint-second in the record for European Cup triumphs alongside AC Milan thus the psychological warfare would yet make the difference in Paris. Given the Spaniards’ epic knockout clashes so far this season, as well as Liverpool’s incredible mental fortitude as they edged both domestic cup finals against Chelsea on penalties this year.

Indeed, Los Blancos may be masters of the Champions League comebacks but Klopp’s men have lost only three times this season (once in 2022). This could go down to the tightest of margins with the first goal proving decisive, otherwise, another exhilarating 120 minutes of football could yet suffice.

Real Madrid have come back from defeat eight times in all competitions this season, but Klopp and co will fancy themselves to get the job done after heartbreak in Kiev four years ago.

If there is any Liverpool side that could stop these Real Madrid monsters, it is this treble-chasing class of 2022.