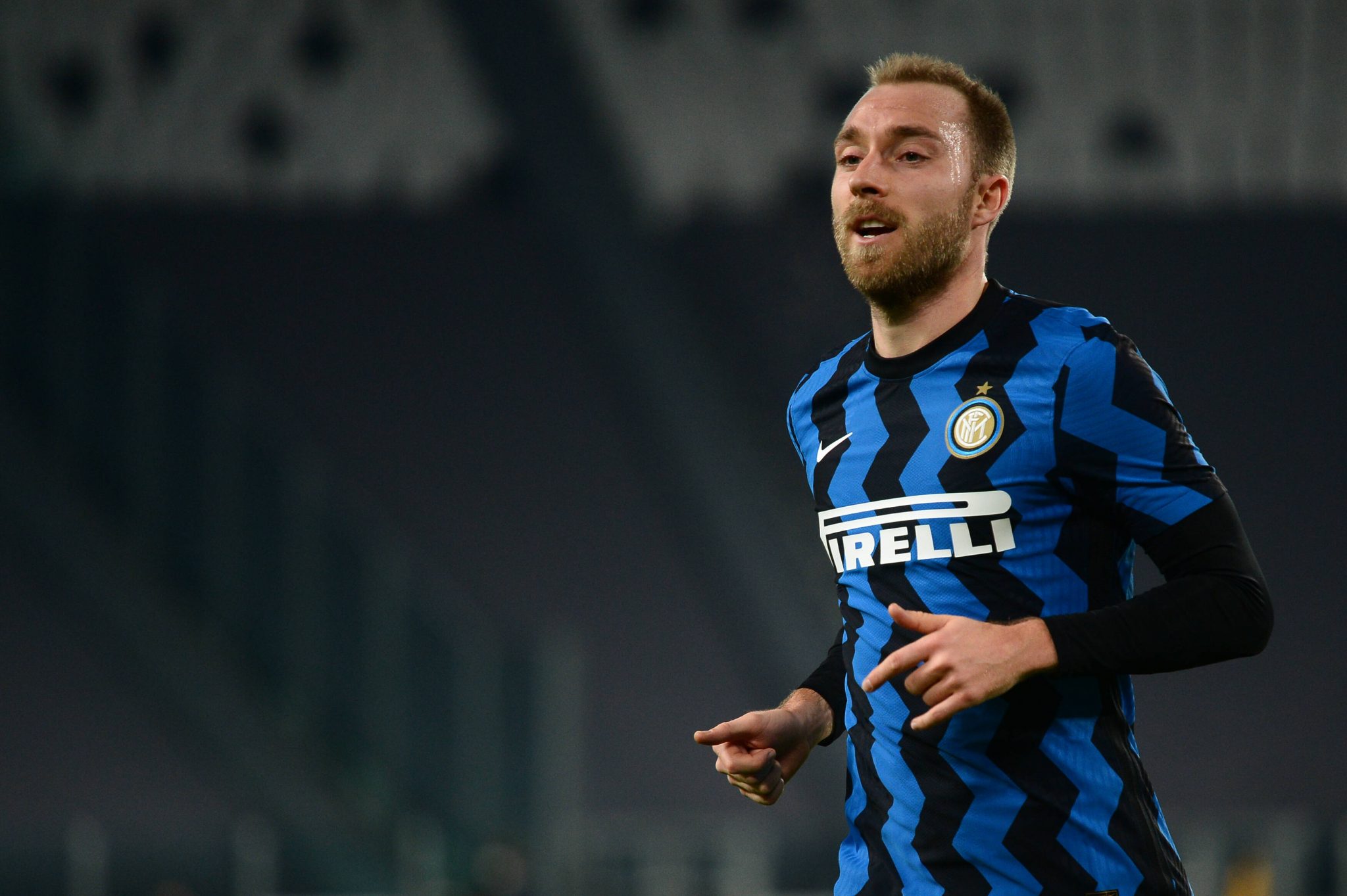 Antonio Conte’s Inter Milan delivered a vintage performance in the 3-0 win over AC Milan in the Derby which makes them Serie A title favourites.

The Nerazzurri went into the decisive game in good form as they held a single-point advantage over their Milan Derby counterparts at the top of Serie A.

The victory gives Inter a mathematical and psychological advantage with 15 games to go, with their lethal Lu-La strike partnership putting Milan to the sword.

It is now 13 and 23 goals each for Lautaro Martínez and Romelu Lukaku as the Belgian became the first player to score in four consecutive derbies since 1950.

Although Inter’s Derby win will be best remembered for Martínez’s brace and Lukaku’s match-winner. It is also Christian Eriksen’s turnaround at the club.

Despite the goals sending the Nerazzurri four points clear at the top of the Serie A table, Conte was quick to point to the performance of Eriksen as crucial to victory.

“I told Christian that this was his best performance for the Nerazzurri so far,” Conte declared in an interview with the club’s television channel.

“He did everything I asked of him, playing in a double pivot, going forward when necessary, contributing decisively both in possession and without the ball.

The 29-year-old was tactically disciplined alongside Nicolò Barela and Marcelo Brozović in midfield. He kept the shape and knew when to push forward or unleash his crisp passes as he lasted 77 minutes.

With Eriksen, who has now started three of the last four Serie A games, reaching for a high-five with Conte as he was substituted, the tactician instead embraced the midfielder and pointedly gestured that the Danish International was very much part of his plans, after enduring a difficult first year at the club

“He can improve further, but the fact that he is stepping up is a positive for us. It fills me with pride and satisfaction and we certainly have an extra string to our bow. Just like [Ivan] Perišić, who returned to the club and is doing his best in a position he is unfamiliar with.”

Eriksen’s moment of revival was sparked in a last-minute freekick winner against Milan in the Coppa Italia last month and he has now stamped his renaissance on a historic day for Conte’s men.

It is full credit to the playmaker who kept his head down despite almost leaving the club in the last two transfer windows. Conte’s faith in him looks set to be repaid as he can be a wildcard midfield option in their title challenge.

“Perhaps the most important thing lies in the awareness of the team. We had a great first half in which we could and should have scored a second goal. Milan started very well in the second half, finding some joy in those minutes in which Samir [Handanovic] made the difference”. Conte said. “Then we were able to regain control of the match and consolidate victory.”

The crucial win sees Inter go top with just 15 matches remaining of the season, as they chase a first Scudetto since 2010. Conte relishes his team’s current position and would be pushing them on to the next step.

“I think that a team like Inter with the history that it has, has to always have the ambition to win, but then sure only one can end up winning.

“But since last season we have always fought to achieve the maximum results, we finished second in the league, we got to the final of the Europa League.

“This year we are fighting to win but then we know the difficulties but we are also aware that we are improving. The team is improving and the individual quality of the players is improving, which gives us reason to hope.”

Eriksen typifies the team’s improvement as a whole, and Conte would be keen to harness the difference in quality Eriksen offers his midfield.