Euro 2020 Final: England and Italy in Battle of Wits 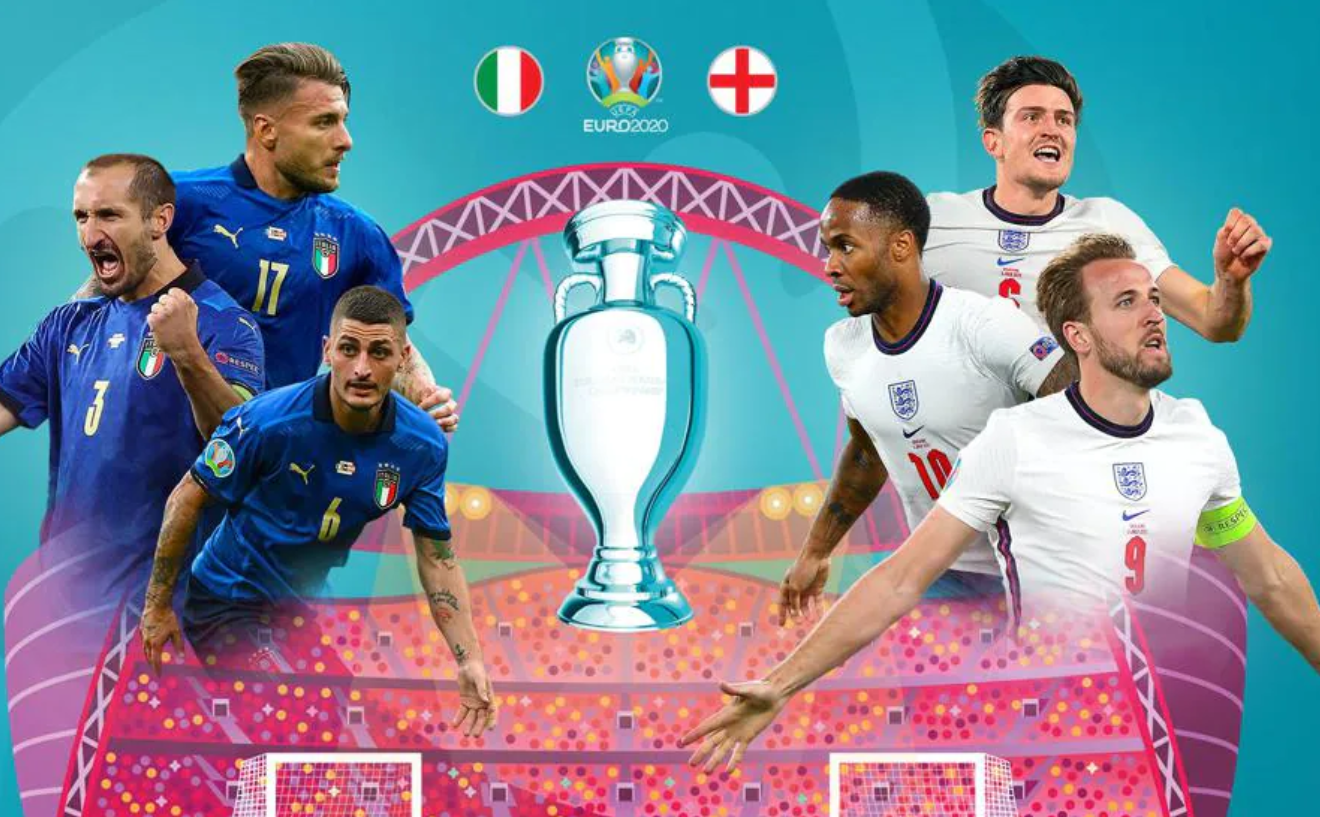 The destination of this year’s Euro 2020 title is known, Italy could win just their second European Championship or England will compound 55 years of hurt in international tournaments, with a first continental title on home soil.

After 120 riveting minutes of semifinal action for each side, an emotional summer for both nations will come to a head at Wembley on Sunday night.

England edged Denmark while Italy got the better of Spain on penalties to get to the showpiece. There are almost no two nations more desperate to lift the European Championship.

The England manager, Gareth Southgate, suffered penalty shootout agony as a player against Germany in 1996 but became the first coach since 1966 to reach a final with the Three Lions at a major international tournament.

England’s run to their first final in 55 years is a culmination of five years of steady progress; five years in which the culture and mentality among the players has been completely transformed.

Thus they have captured the imagination of a success-starved nation.

Southgate is responsible for that and he deserves credit for doing things his own way too. Having made big calls at Euro 2020 which have all come off.

They will require one final big effort to defeat a team they have never beaten in four major tournament meetings, at this last hurdle.

The Azzurri, on their part, beat two top teams in Belgium and Spain to get here and will be full of belief to defeat the home team and extend their record 33-game unbeaten run.

Captain Giorgio Chiellini reiterated their hard work and even surprise at going all the way.

“Playing the final is a dream come true,” he said.

“At the start we also believed that Mancini was crazy when he told us that we should be thinking about winning the European Championship.”

Thus can Roberto Mancini’s men skip years of development and get the better of Southgate’s young guns?

The Battle of Wits

Italy and England have undoubtedly been the best teams at this year’s Euros.

Each has shown adaptability and an ability to win in several ways and the crucial game management has taken on far greater importance after the most grueling of seasons.

Although England have the depth of quality in their squad, Mancini is a master planner and would be devising a plan to frustrate and exhaust the Three Lions and their partisan Wembley crowd.

The strength in their collective is shown by the fact that five Italian players are on two goals apiece, including Manuel Locatelli and Matteo Pessina who are impact substitutes.

Indeed, the ex-City and Inter Milan boss is a Cup specialist throughout his managerial career who wants to banish the demons of his last Wembley Cup Final in 2013 when his side lost to lowly Wigan in the FA Cup showpiece.

While both teams have unbeaten runs dating back from before the tournament began, a stalemate and extra time is a real possibility that the Italians would eye given England’s dodgy record at penalty shootouts.

In the semifinal, Denmark were cruelly denied spot-kicks with England’s controversial penalty award on the stroke of halftime in extra time, and the Italians would be hoping to take England and their fans to the edge with dreaded penalties. Even more so after impressively knocking out Spain with well-taken efforts of their own.

Indeed, Euro 2020 Final would be down to the smallest details, a battle of two seemingly unbeatable sides. Who blinks first?