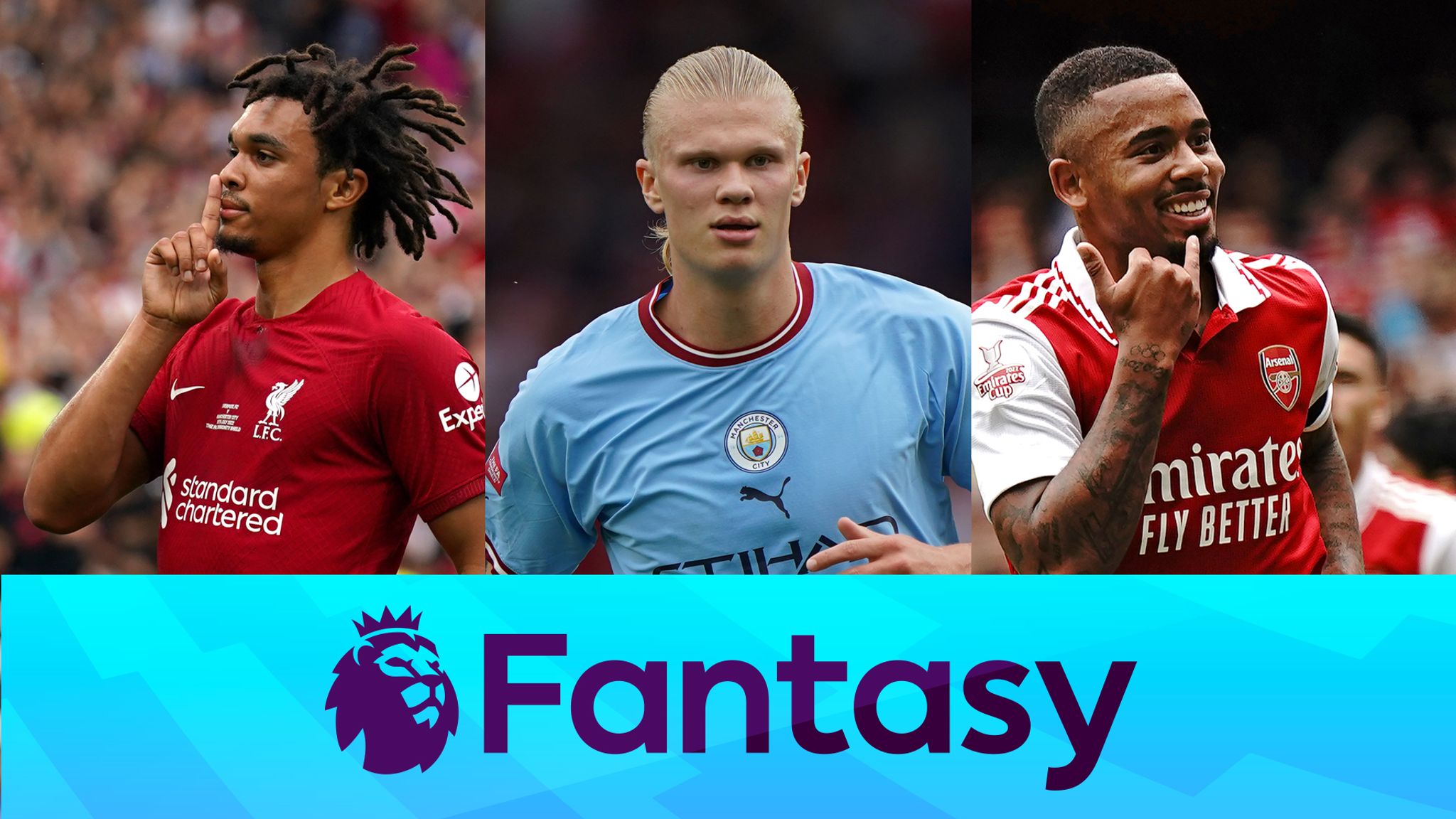 The football weekends are back!

After 75 days since the final day of last season, the Premier League returns for the latest campaign alongside the popular Fantasy Premier League.

As ever, new FPL managers and the experienced regulars will have redrafted their team several times trying to get it right ahead of this week’s big kick-off. The goal is usually to achieve a new personal best, tussle for bragging rights in the mini-leagues, or simply to attempt winning the coveted FPL crown.

Indeed, the new campaign is set to take on fresh challenges as the re-introduction of the five substitutes rule offers increased rotation and more players featuring as game-changers off the bench. Managers should hence prioritise spending most of their £100m budget on the starting line-up rather than on substitutes.

The truncated calendar due to the World Cup also means unlimited transfers will be permitted in a six-week gap between GW16 and GW17 while the global showpiece is taking place, meaning FPL bosses will essentially have three Wildcards available this season. The first wildcard must be played before the World Cup break in November, making the need for a long-term squad less important.

So who makes it into your team? As you tinker on the perfect 15-man squad. The FootballCastle runs the rule on a mixture of must-haves, captaincy choices, and game week 1 picks ahead of the first FPL deadline of the 2022/23 season at 18:30 BST on Friday, 5 August 2022.

The England shot-stopper looks set to become an important piece following his move to Newcastle. Pope made 121 saves last season and should improve his FPL credentials behind a better team this season.

A bit of a surprise inclusion but Ward is a great bench option following Kasper Schmeichel’s shock exit from Leicester. The 29-year-old is likely to emerge as the cheapest starting goalkeeper, for the first few games at least.

The Spaniard averaged four FPL points per game last season, on par with the likes of Edouard Mendy, Aaron Ramsdale and Jose Sa, and he will be looking forward to similar heights in his second season with his price lower than the aforementioned trio.

The eccentric net-minder is on a price slash from last season and therefore offers an excellent cheap route into Man City’s defence. Having kept 20 clean sheets with the champions last season, Ederson will be looking to get off the mark once again as he faces West Ham, Bournemouth and Newcastle in the first three fixtures.

The FPL superstar was one of only five players with at least 200 points last season and he is the most-selected defender in the game with over 58.5 per cent electing for his superb attacking and defensive numbers.

Tottenham’s new signing is their most selected FPL player and already the seventh-most owned player in the game. This huge excitement stems from his ability to provide both attacking returns and clean sheets from Antonio Conte’s left wing-back system.

Perisic supplied eight goals and seven assists in Serie A last season from the same position and has already joked about his FPL price being ‘cheap’. Managers will do much worse than having the explosive Croatian who will have clean sheets to go with his immense attacking prospects.

The Liverpool left-back has a chance to make a strong start to the new season during a visit to promoted Fulham. Robertson was among the most reliable players away from home last term having blanked just twice in his 14 away starts.

He registered a goal and seven assists with eight clean sheets and 10 bonus points whilst averaging 6.8 points per match in his four meetings with promoted sides. Additionally, Robertson is among the top FPL point scorers in 2022, after blanking in just two of his starts this calendar year.

The Chelsea man managed 14 attacking returns last season, despite playing fewer minutes than Robertson and he looks set to kick off the new season with returns against an Everton side that struggled last season.

The Cheapest defender in the game and a guaranteed starter for Nottingham Forest is set for a wing-back role after his £18m move from Liverpool. Williams is a perfect bench option.

Man City’s new number 7 was the only other defender with over 200 points last season alongside Alexander-Arnold, combining 12 attacking returns with 19 clean sheets. Cancelo is also rotation-proof having failed to start only two Premier League games in 2021/22.

Maddison’s totals of 72 shots, 33 shots on target and 48 chances created were team-leading statistics in the Foxes squad yet he is owned by 5.2 per cent of managers ahead of home meetings with Brentford, Arsenal and Southampton in the first three Gameweeks.

Pertinently, he claimed double-figure hauls in the corresponding fixtures against this season’s GW1 and GW3 opponents. He is one to keep an eye on amidst intense speculation over a move to Newcastle.

Maddison’s attacking teammate is owned by only 3.9 per cent of managers ahead of GW1 versus Brentford. Barnes scored three goals in a very productive pre-season campaign and boasts a major attacking threat.

A total of nine assists at the King Power Stadium was more than any other FPL player last season as his 66 shots and 49 shots in the box both ranked second in the Leicester squad.

The 24-year-old’s attacking prospects could deliver a big haul on opening day.

The Premier League’s perennial top-scorer is the ultimate FPL midfielder, with his 60.4 per cent ownership twice more than any other player in his position.

Salah was the top-scoring FPL player in four of the last five seasons, only failing to do so by a single point to Kevin De Bruyne in 2019/20. The Egyptian King has already hit the ground running in pre-season with two goals and four assists, and is off to his typically explosive starts with a goal and an assist in Liverpool’s Community Shield win.

Should you need more convincing, Salah has recorded 11, eight, 12, 20, and 17 points in GW 1 during his Liverpool career. Fulham will be quaking in their boots on their return to the top-flight.

The Portuguese starlet should be high on your FPL wanted list as he could prove one of the biggest bargains in this campaign.

After a solid pre-season following his long-term injury last season, Neto could deputise at false nine with Raul Jimenez injured for the start of the season.

One to potentially outperform his modest price tag.

Another budget option off the back of some impressive pre-season performances. Bailey looks set to bounce back from his injury-hit first season at Aston Villa after three goals and two assists over the summer.

The Jamaican winger is worth the low risk given Villa’s promising fixtures, starting with Bournemouth in GW1.

The Crystal Palace attacker managed his top-scoring Premier League campaign in 2021/22 with 14 goals, and after five goals and three assists over the summer, Zaha approaches the start of the new campaign in excellent form.

He got a goal and an eight-point return in a 3-0 win over Arsenal in Gameweek 31 last season and would be looking for more when he meets the Gunners who have been without their first-choice right-back, Takehiro Tomiyasu, recently.

Zaha’s trickery and goal threat will be vital to his team’s hopes of a result in GW1.

The forward should start the early fixtures with Emile Smith Rowe just returning from injury. The Brazilian is fresh off enjoying a productive link-up with Gabriel Jesus as he produced three assists against Sevilla.

The season could not start soon enough for Martinelli.

The England captain is an unsurprisingly popular pick with 26.7 per cent ownership after five goals and one assist in four pre-season games.

The 25-year-old is the highest-owned player in FPL history at 74.2 per cent after seven goals and an assist in pre-season since joining Arsenal.

Jesus is set to be his team’s new focal point and fox in the box and could prove a fantastic differential to big-name strikers Harry Kane and Erling Haaland who both cost £3.5m more.

The striker should be able to get off the mark in the first few fixtures against Crystal Palace, Leicester, Bournemouth, Fulham and Aston Villa.

The Norwegian is another top priority when building squads as seen by his 45.7 per cent ownership ahead of GW1.

Haaland is a prolific goalscorer who will hit the net regularly at Man City, and the fact he has scored on his Bundesliga, DFB-Pokal and Champions League debuts bode well for immediate opening-day returns.

Despite being limited to just 20 starts due to injury, the Leicester striker averaged 5.3 points per match last term to equal Cristiano Ronaldo at the top among FPL forwards.

Vardy possesses the potential for huge hauls after recording seven double-digit returns last season, and Brentford would be a good way to start on Sunday.

The Frenchman looks set for a renaissance under new manager Erik ten Hag at Manchester United having impressed in the lone striker role during the absence of Ronaldo.

Martial scored in three of his four pre-season appearances and could deliver major value for his price against Brighton, Brentford or Southampton in three of their first four fixtures.