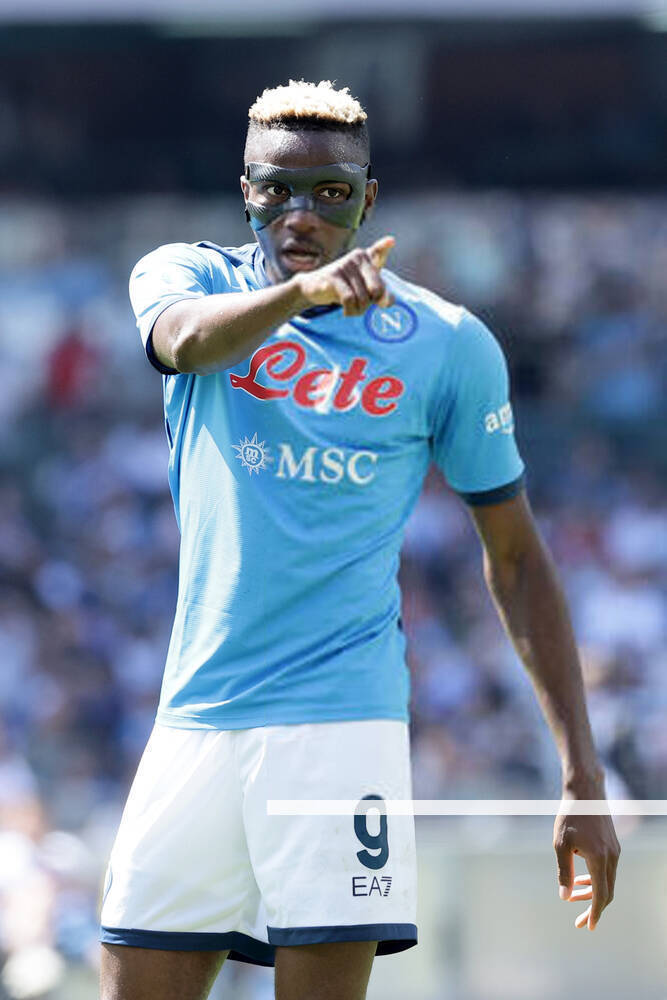 The trajectory of Victor Osimhen’s career has been a fascinating watch for fans who have paid attention to a truly unique journey from the streets of Lagos, Nigeria. One which saw the talented striker fight to survive his harsh economic realities whilst dreaming to become a professional footballer.

On the pitch, Osimhen exudes the fighting spirit that took him to the top. However, despite setbacks on every step since winning the 2015 U17 World Cup and subsequent Golden Boot award, the Napoli man has equally reaped the rewards of his hard work.

Africa’s most expensive footballer was named the Best U23 Player in the 2021-22 Serie A season after scoring 14 times in 27 games, during a campaign in which he suffered a gruesome facial fracture. Another nod to his distinctive tenacity.

Meanwhile, Osimhen looks destined to reach Nigeria’s greatest-ever goalscorer, Rashidi Yekini, on the all-time record due to the devastating frequency of his strikes. Indeed, the 23-year-old now has the best goal-to-game ratio in Nigerian football history at 0.68, with Yekini at 0.63 after scoring 37 times in 62 matches for the Super Eagles.

Having become the fastest player to reach 15 goals for the national team, the forward who also has eight assists from 23 caps, is undaunted by the nationwide expectation on his shoulders.

“I always say it will be big shoes to fill, but I think with the kind of quality that I possess and the level of determination I have acquired in my career, I think I can break it (Yekini’s record) and even, of course, surpass it”. The 2021 Ballers Awards Forward of The Year and Male Baller of The Year said in an exclusive interview with Naijafootballers.

“But it won’t be easy and that won’t make me the greatest Nigerian striker ever, because for me we have the likes of Rashidi Yekini, Odion Ighalo, Obafemi Martins and the rest of them but I believe now is my time and I think I can utilize it very well.”

While the Super Eagles are undergoing a new era under Jose Peseiro with two wins from as many games in the AFCON 2023 qualifiers. Osimhen also opened up on the difference the Portuguese has made on the squad.

“Every coach has their own tactical plans, and of course, Mr Peseiro has brought his own solidarity to the team.”

“The way he and his coaches have connected with the players is really amazing, this is why all the players are behind him and want to give their all to impress him”

Pertinently, Osimhen scored the most headed Serie A goals last season (seven) and more than 10 for club and country despite playing with a protective mask for the second half of the season.

“I think the secret behind it is that I’ve been practising my headers while growing up, those who know me very well know I score with my head more than with my feet. Of course, the mask also gives me the confidence to go into any duel as well as score with my head, and I think I will continue to achieve this feat as long as I keep playing and improving with my head”

Off the pitch, the prolific marksman revealed he would not change his trademark hairstyle for the rest of his career, however, he might only change the colour over time.

Indeed, that blonde patch would keep directing balls expertly into the net for many years to come.