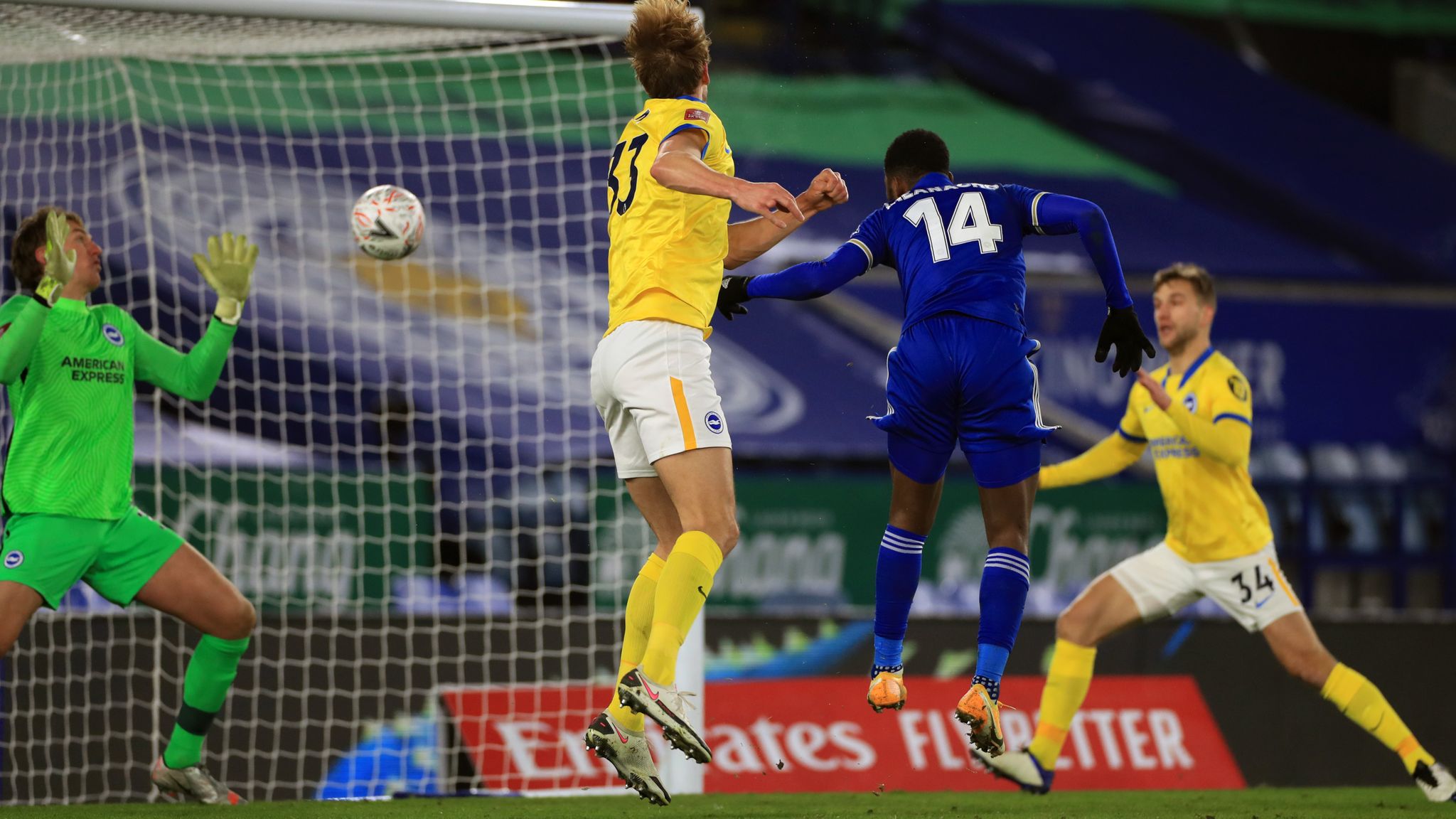 Leicester City qualified for the quarterfinals for the third time in four years after a 1-0 win over Brighton in the FA Cup fifth round.

Kelechi Iheanacho came off the bench for Jamie Vardy and headed in a 94th-minute winner from a smartly-taken corner.

The game seemed destined for extra time until Iheanacho popped up at the far post to head in Youri Tielemans’ cross and send the Foxes through.

Cup-King Iheanacho scored his 11th FA Cup goal on his 17th appearance in the competition, he is now only one behind Didier Drogba’s (12) record total for an African player.

“Everybody was smiling in the dressing room that I saved them from the cold. It was too cold, freezing, everybody wanted to get home so I am glad I could get the winner in 90 minutes,” Iheanacho said after his fifth goal of the season sealed the narrow win.

“We’re now looking forward to the next round.

“It will be a dream most especially for the fans for us to win the cup.”

Leicester boss, Brendan Rodgers assessed his team’s performance and hailed the ingenuity of the late winner from a quick corner.

“I don’t think there were many chances in the game, but I thought our spirit shone through. I thought we were better in the second half, once we changed it.

“I was absolutely delighted. I think everyone was delighted in the stadium, not just the players and staff… media, everyone because it was so cold!”. He told LCFC TV

On the Nigerian’s match-winning exploits, Rodgers paid tribute to the creativity of his Leicester players just as it seemed likely both sides would need another 30 minutes to battle it out.

“It was quick thinking by the players,” the Northern Irishman added. “They won the corner, played it quickly and caught them unorganised. If they’re organised, they’ve got good height and presence.

Rodgers was delighted with another solid performance, as some of his fringe players and those needing minutes following injury were fielded.

“You have to keep going and keep fighting. It’s another clean sheet, a great win, players getting minutes and getting through to the quarter-finals again.”

As Leicester await tonight’s draw for their next opponents, they would be quietly confident of their chances in the cup competition – given their superb league form. Rodgers would also be counting on Iheanacho’s cup heroics to add to the Cup magic needed to lift football’s oldest competition.