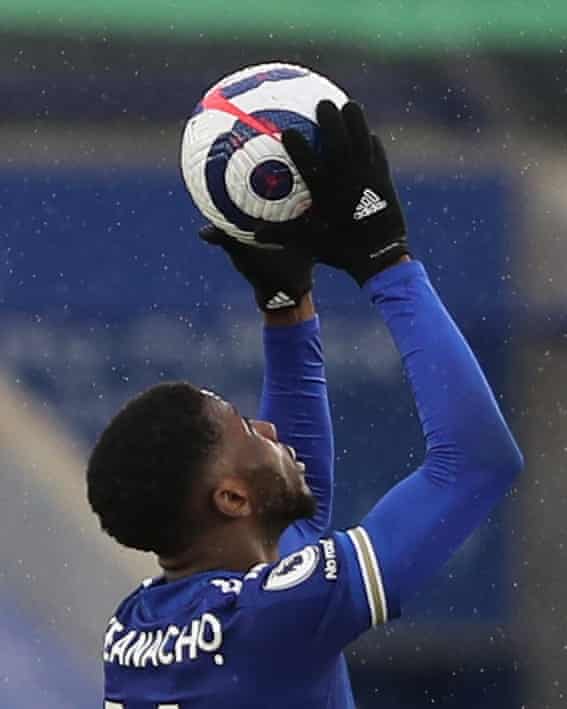 Kelechi Iheanacho excelled in a Leicester City attacking masterclass in their 5-0 win against managerless Sheffield United for their heaviest defeat since 2008.

The in-form Iheanacho has now scored in three consecutive top-flight appearances for the first time.

After his first two goals off Jamie Vardy’s assists set Leicester in a comfortable lead. Iheanacho completed his treble in the 78th minute, collecting the ball from Wilfred Ndidi 30 yards from goal, he was allowed too much time on the ball before drilling a low shot past Aaron Ramsdale.

Interestingly, each of the last three Premier League hat-tricks have now been scored by African players – following Pierre-Emerick Aubameyang against Leeds United and Riyad Mahrez vs Burnley. Iheanacho became only the fifth Nigerian to score a Premier League treble after Yakubu Aiyegbeni, Efan Ekoku, Kanu Nwankwo and Peter Odemwingie.

Iheanacho was visibly emotional during the celebration of his treble as his good recent run of form continues.

“I don’t know how to express this, I’ve been waiting for this day to come. I’m grateful to God, my teammates and my manager for helping me grow,” Iheanacho told Sky Sports.

The Nigerian continued his good linkup and understanding with Vardy which has been apparent in recent weeks. The 34-year-old laid on the first two for his strike-partner before having a big hand in creating the space for his third; just like he had done against Burnley at the start of the scoring run.

Vardy has now failed to score in seven games since returning from injury and Iheanacho has taken on the goalscoring responsibility. His movement and runs throughout were superb too as he regularly combined with Vardy.

The 24-year-old is stepping up just at the right time for Leicester with Harvey Barnes and James Maddison injured, and his goal-poaching efforts alongside the ever-deadly Vardy could make up for the creativity of the Englishmen.

Breandan Rodgers praised the combination of his attackers as they stole the show against the rock-bottom Blades.

“[Iheanacho] has been in great form, he’s playing at a really high level. It wasn’t just his goals, he is dropping-in short to get into the right spaces that we wanted him to where we could take advantage of it. Him and Jamie up front, the combination was very good with Ayoze in behind.

The Nigeria international has notched 10 goals and four assists in 27 games in all competitions with the Foxes almost secure of an automatic Champions League spot.

“He was outstanding, not just in his goals, but his overall work-rate,” the Leicester boss added. “He had a big responsibility today, in terms of dropping into the space, finding that pocket that was just on the back of the midfield, and I thought he did that very, very well.

“He’s a great guy. He deserved the three goals. He had one or two other opportunities, but we’re all delighted for him.”

Iheanacho has now scored five times in three games to solidify his rich vein of form. The attacker is now a key player for his club which would please the Super Eagles having been called up to the AFCON 2022 qualifiers against Benin and Lesotho later this month.

Should the Leicester man keep up this amazing form in the business end of the season he would be justifying some early-career promise as the King Power Stadium outfit near a return to Europe’s premier competition.