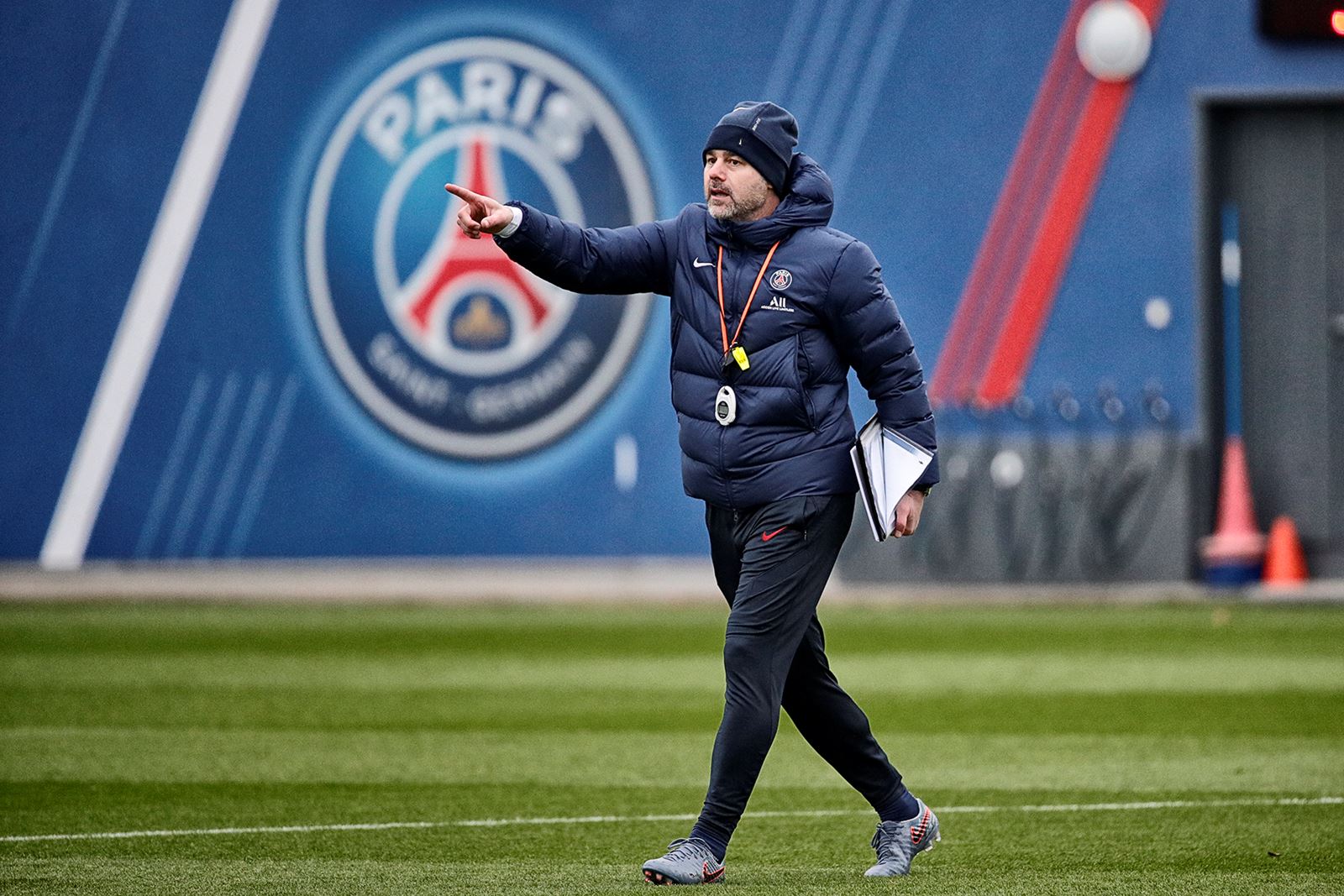 Mauricio Pochettino is quickly settling into his new job as they face an intense run of games.

The Argentine returned to the Parc des princes 20 years after first signing for PSG as a player, to replace German Thomas Tuchel after a rough start to the season. The former central defender is preparing for his first job 13 months since being sacked by Tottenham Hotspur.

Paris Saint Germain are third in Ligue 1 with a single point behind Lille and Lyon. They would be looking to restore their dominance in France and put together a strong Champions League campaign as they face Barcelona in the Round of 16 next month.

Pochettino aims to instill discipline and focus in the side as reported by Marca, he has laid down the law to his superstars.

Ahead of his debut in the PSG dugout away at Saint-Etienne on Wednesday which starts a run of 12 games in 50 days. Pochettino addressed the press and outlined his plans for the new challenge

“There is a pressure to win. I am relaxed about that and I will work 12 to 14 hours a day trying to achieve that. But it is not only about winning we have to do it with style.”

When asked if he would be interested in a transfer for Barcelona’s Lionel Messi, Pochettino replied: “I have already received a huge gift … I played at PSG 20 years ago and it is a dream for me to come back.

He was also asked about links to Dele Alli, the England International with whom he shares a close relationship has struggled for game time under José Mourinho at Tottenham.

“There are lots of things to talk about and that’s for the future but any big player in the world is welcome at PSG.”

The 48-year-old also remained short of revealing his tactical setup or any positions planned for Neymar or Kylian Mbappe.