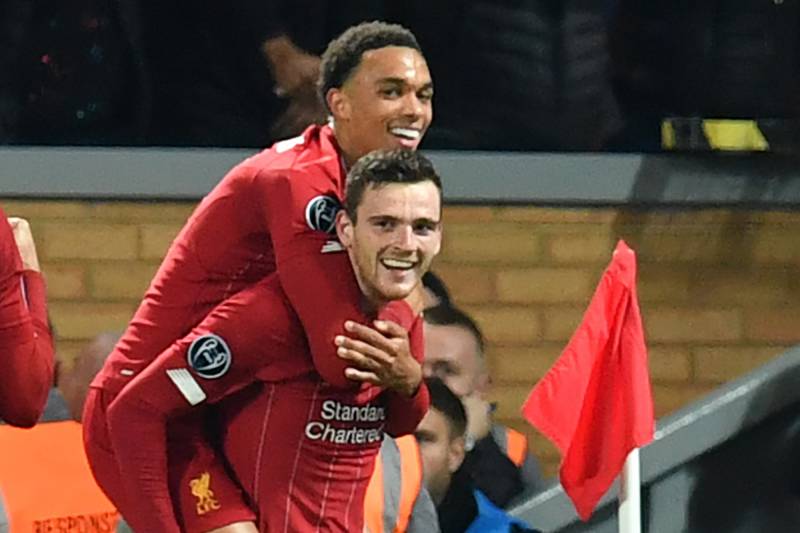 Besides the core of a successful team is also finding the appropriate balance of fullbacks to execute a philosophy as it were. The modern-day fullback has to fulfill more attacking responsibilities for the team whilst maintaining the primary duty of defending their flank.

It is based on this premise that the wingback system provides an extra defender to ensure greater balance across the team. However, finding a complete fullback who has the stamina and positional awareness to be effective at both ends can be considered a blessing; a pair of fullbacks that can execute a team’s defensive and attacking roles is rare but fundamental to a truly successful team.

Here are some of the best fullback pairings in Europe’s top five leagues:

Raphaël Guerreiro joined Dortmund after a triumphant Euro 2016 campaign with Portugal and has established himself as one of the best attacking fullbacks in Germany. Registering eight goals and two assists this season, Guerreiro is firmly an attacking force in the team.

Achraf Hakimi joined on a two-year loan deal from Real Madrid to complete BVB’s fantastic fullback pairing and has eight goals and 10 assists in all competitions this season.

Seeing the potential in his fullbacks, Lucien Favre adapted the team into a 3-4-3 shape that gives the wingbacks license and balance to bomb forward during their lightning-quick transitions and provide wide support for the forwards.

Trent Alexander-Arnold has become one of the world’s best right backs mainly due to his prowess going forward and technical ability which has seen him reach a Guinness world record for most assists by a Premier League defender with 12 assists; a tally which has been equaled this season before the Coronavirus outbreak. The 21-year-old’s superb crossing ability sets him apart in the Liverpool squad as only Kevin De Bruyne has created more Premier League chances this season.

On the other side is Scotland captain Andy Robertson who is a durable outlet on the left flank. The fullback’s work ethic is lauded by teammates and fans and he weighed in with 11 assists during a fascinating battle of assists with Alexander-Arnold last season that saw them become the first defenders from the same team with double figures of assists in the Premier League.

Davies’ breakthrough has been one of the stories of the season as the Bayern Munich youngster was converted from a speedy winger to marauding left-back in a masterstroke. The Canadian has been immaculate for Die Roten with breathtaking speed going forward and fantastic recovery in defence. Thus, the teenager has registered the most sprints in Bundesliga this season as well as the most tackles for Bayern.

READ ALSO: Alphonso Davies is back running the flanks

Marshalling the other flank is the World cup winning right back who admittedly prefers to play slightly central. Nevertheless, Pavard has turned in consistent performances for the champions as he performs a balancing act tucking in to form a back three when Davies bolts forward. The Frenchman averages the most interceptions in the Bayern squad and has weighed in with three goals and assists apiece.

Atalanta have taken Serie A and the rest of Europe by storm this season with their unique brand of football under Gian Piero Gasperini. The wingbacks in their expansive 3-4-2-1 system are fundamental in maintaining the width for their aggressive high-pressing that has yielded the most goals in the league this season.

Most of the good work Leicester City have done this season to maintain third spot in the Premier League is based on a hard-working unit that likes to keep the ball and create chances. In Pereira and Chilwell, Brendan Rodgers has a fullback pair that attacks as well as they defend.

Pereira is responsible for the most successful tackles in the league this season and has the stamina to keep it flowing in attack with the highest average dribbles per game for Leicester and five goal contributions up until his season-ending ACL injury. Chilwell, on the other hand, has attracted lots of interest from other clubs with his two goals and three assists. Part of the reasons why Leicester have the league’s third-meanest defence despite so much attacking responsibility on their fullbacks, pertinently, is due to the presence of midfield destroyer Wilfred Ndidi.

Carvajal has become somewhat of a key attacking element of Real Madrid’s play from right-back this season such that Pep Guardiola utilised a false nine to counter the threat of the Spaniard in their Champions League Round of 16 first leg. The 28-year-old has notably stepped up with attacking responsibilities since Cristiano Ronaldo’s exit and supplied five assists, the joint-second highest in the squad this season. He also averages the second-most tackles in the squad behind Casemiro.

Although Marcelo remains the finest attacking left-back in Europe the Brazilian has deputised for new signing Benjamin Mendy this season where the Frenchman is a more mobile and defensively-solid option. Perhaps it is no surprise that Madrid have La Liga’s tightest defence having conceded only 19 times in 27 games, with Mendy’s balance dovetailing with Carvajal’s for an effective unit protecting Raphaël Varane, Sergio Ramos and Thibaut Courtois.