How can Nigeria get past Ghana without Wilfred Ndidi?

The Football Castle > Blog > Features > How can Nigeria get past Ghana without Wilfred Ndidi? 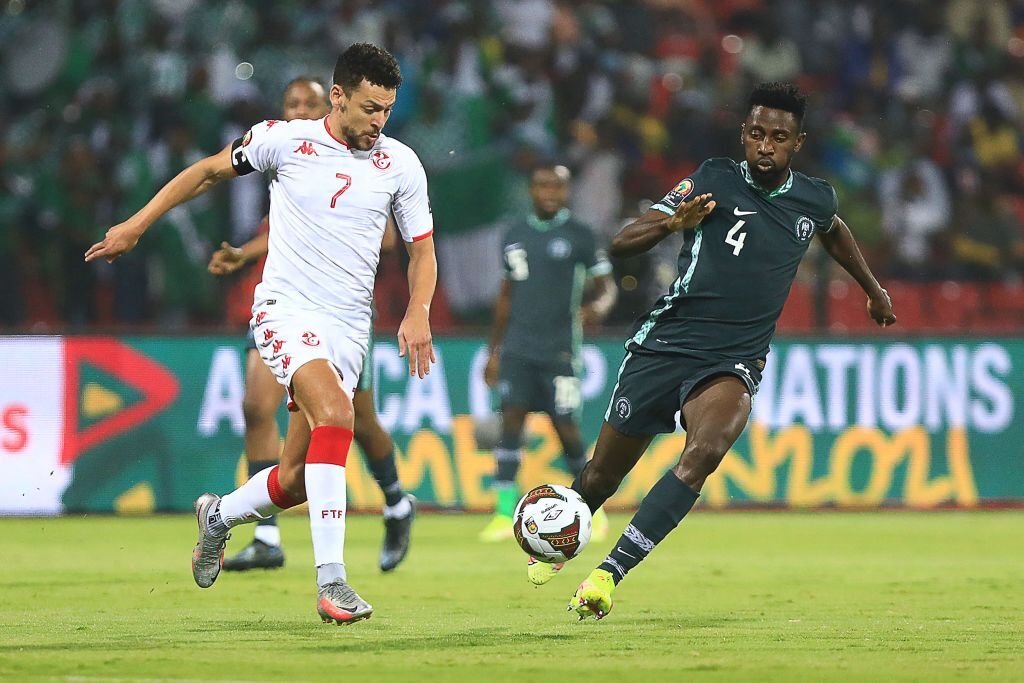 There is palpable excitement for the 2022 FIFA World Cup playoffs set to take place this month, as the African qualifiers will see Ghana and Nigeria square off for the latest instalment of a historic rivalry.

The ‘Jollof Derby’ transcends the socioeconomic relations between both nations for several decades, and the West African giants will want nothing more than a big victory over their neighbours.

Fixtures like this are decided by details and the buildup already suggests it will go right down to the wire.

However, Nigeria have been dealt a severe blow by the absence of the midfield lynchpin, Wilfred Ndidi – due to injury, a situation which is exacerbated by the impeccable current form of opposite number, Thomas Partey.

For a crunch contest such as the Ghana game, winning the midfield battle is of utmost importance to Nigeria’s chances. The Super Eagles will surely miss Ndidi’s unique screening of the backline, but this isn’t the first time they have had to do without the Leicester destroyer in recent months.

Needing a ball-winner in the double pivot alongside Joe Aribo, how can they get past Ghana without such an influential presence?

The 26-year-old was thrown into the deep end for his international debut on Matchday 2 of the World Cup qualifiers in a tricky away tie at Cape Verde in September. Bonke was drafted in amidst the travel ban on all England-based players and held his own given the circumstances of Ndidi’s absence.

Bonke is a combative midfielder who never shies away from a physical duel, the former Malmo man has already got UEFA Champions League experience under his belt this season and after winning his third Swedish league title in late 2021, a transfer to Lorient has further raised his profile.

The move to Ligue 1 has brought a new environment which Bonke has thrived in with seven successive starts since joining in January. His impressive showings make him the most ready-made replacement for Ndidi – in terms of playing style – but Bonke’s disciplinary record ( four yellow cards in seven games) is a worry in such a fiery derby against Ghana.

Nevertheless, he would be relishing the challenge of stepping in when the country needs a hero.

Ndidi was also missing for Nigeria’s tie against the Central African Republic in October, opening up an opportunity for Frank Onyeka to screen the defence against the Wild Beasts.

The Brentford midfielder played all available 180 minutes in that double-header but has built on it with only 26 minutes in six subsequent international games.

On his day, ‘Frank The Tank’ is a brilliant performer and team player who despite his dissimilarities to Ndidi’s game, makes up for it in work rate and tenacity. The 24-year-old seemed to enjoy the deep-lying role he took in those games against C.A.R and could similarly flourish in Ndidi’s role, albeit with his own specific qualities.

With yet another opportunity to stake his claim, Onyeka would be desperate to impress with immense pressure on and extra scrutiny on his performance.

Although there has been understandable uproar surrounding his call-up for this crucial tie given his lack of match fitness, Etebo could yet play an important role for Nigeria.

Despite featuring for only 17 minutes since returning from a five-month injury layoff, the Watford man could be vital off the bench. His experience and coordination will be much needed in the latter stages and Nigeria will not suffer a drop in quality if he does take to the field.

Although an entirely different performer to Ndidi, he is just as experienced and has spent most of his international career alongside the Leicester man.

There are not many in Africa, less so the Nigeria squad, who possess the quality of Wilfred Ndidi in midfield. It is indeed up to the coaching crew to conjure up a balance that serves the team in the all-important games against Ghana, and the rest of the players must pull in the same direction to seize the World Cup ticket.

Regardless, Nigeria are well capable of defeating the Black Stars without their midfield general.