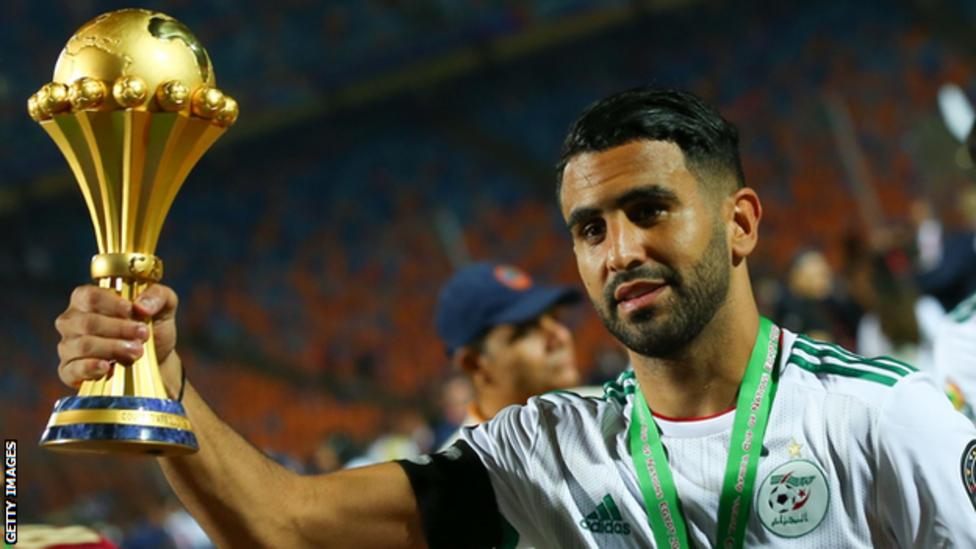 Africa’s finest are set to put their talent on display as they fight for the continental title in January 2022. Every day, we draw closer to the African Cup of Nations 2022 set to hold in Cameroon which is now only 29 days away.

As with every major tournament, some big names will be missing. Notably, Nigeria’s Victor Osimhen had surgery on his cheekbone and eye socket after an aerial collision with Milan Skriniar of Inter Milan, providing more encouragement for Gernot Rohr to bring in his beloved Odion Ighalo into the mix. However, the 22-year-old is already back in individual training after being expected to be out of action for three months.

Hakim Ziyech will also not be a part of Morocco’s campaign for the title because the head coach of Morocco, Vahid Halilhodžić, and the Chelsea attacker don’t see eye to eye. Hence, we will look at the top African players to watch out for at the continental showpiece.

With its array of stars, Senegal is a prime candidate to win the title in Cameroon. However, they will need the talents of the 23-year-old Watford right-winger. The attacker gives his team a verticality that most ball-centric youngsters do not possess as his willingness to run beyond the last line makes him very dangerous, and he is a terrific finisher when he is not missing penalties against David De Gea.

Sarr already has five goals in the Premier League this season for lowly Watford. His pairing with Sadio Mané will bear the offensive hopes of Aliou Cisse’s team.

The diminutive Algerian central midfielder was voted the MVP at the last AFCON tournament in 2019 and joined AC Milan that summer and was one of the best players on the team, forming an integral partnership with Franck Kessié.

The end of his second season was blighted with injuries (also COVID-19), and they have extended to the current campaign. Sandro Tonali’s emergence has also made things difficult for the left-footed midfielder. However, when the 24-year-old is in the mood, he can control the game with his passing and drive through any midfield with his dribbling. His shooting continues to improve and he is a diligent worker in the defensive phase. If Algeria can get him fit and firing, he will play an integral part in their title defence.

The Moroccan wing-back is a flier. Blessed with rapacious speed, he stretches, threatens, and drags defences all over the place. Hakimi moved from Inter Milan, where he was instrumental to the Nerazzurri winning the Scudetto, to PSG this summer despite strong interest from Chelsea.

He started impressively with goals in preseason and the first set of games. However, the disjointedness of Mauricio Pochettino’s side has made him look unimpressive lately. Also, while many continue to (wrongly) question his fit in a back-four, for his country, Hakimi has been continuously impressive. He formed a dangerous partnership with Hakim Ziyech and has five goals with six assists in 41 appearances for the Atlas Lions. A very healthy return for the flying wing-back.

Where would Watford be this season without Emmanuel Dennis? The Nigerian attacker is a talisman for the Hornets where he has already notched six goals and five assists in the Premier League.

Despite his struggles at FC Koln last season, the former Club Brugge striker has exploded into form in England. He is a constant threat and outlet for the Hornets this season as he pierces the left and right-hand channels of the opposition.

The versatile forward can be an ace in the hands of Gernot Rohr as Kelechi Iheanacho is struggling at Leicester City this campaign. He can add a new dimension and threat to the sometimes stale and witless Super Eagles attack.

A wrecking ball capable of unlocking any defence with relentless pressure, unpredictable dribbling, incisive passing, and decisive movement. The 29-year-old Liverpool winger forms one of the most dangerous wing pairings with Mohamed Salah under Jürgen Klopp and has already scored nine goals in all competitions this campaign muting talks of a decline during the last season.

Since making his debut for the Senegalese national team in 2012, Mané has scored 25 goals and assisted 18 more in 77 appearances. Nobody has more for the Lions of Teranga within that time frame. Mane is a terrifying opponent for any full-back, and he’ll be the key to his side’s quest of reaching a consecutive AFCON Final, much to Klopp’s chagrin.

The Ghanaian left-winger has lit up the Brittany side with some electrifying performances in his debut campaign. Rennes are flying high under Bruno Genesio, and Kamaldeen is playing his part. He is a dazzling winger with a penchant for attempting the incredulous.

Kamaldeen has dropped to the bench due to the more impressive form and more mature play of Martin Terrier. However, the AFCON is coming at the right time for the 19-year-old to show what he can do with a string of starts. The former Nordsjælland player already has four goals and two assists in this campaign alongside impressive performances against Metz, Vitesse, and PSG, terrorizing Nuno Mendes. His performances in October culminated in a Ligue 1 young player of the month award.

Kamaldeen’s goal against Metz is one of the most audacious things you’ll ever see on a football pitch and the teenager is one of the players that can light up the African tournament.

The Ivory Coast striker is tearing it up at Ajax this campaign having joined Cristiano Ronaldo as the only player to score in every group game in a UEFA Champions League campaign. Haller became the first player to score four times on his UCL debut since Marco Van Basten, and he is the fastest player to reach ten goals in the competition. He has nine goals and four assists in the Eredivisie.

The striker is thriving in the Dutch top-flight where he first broke through at FC Utrecht following a youth career at Auxerre. He has since played for Eintracht Frankfurt and West Ham. The first was impressive, while the second was a rather forgettable stint. David Moyes made the mistake of stereotyping Haller. Big tall striker, so the assumption is that he is a target man. He is not a target man. Erik Ten Hag has played to his strengths, allowing him to simply sniff out chances to score. His Ajax team is not overly dependent on his holdup play to elude pressure, so he does not look like a weak link.

Haller’s debut campaign for Ajax was good despite many questioning the sum the club spent to sign him. His arrival also meant that Dusan Tadic was parked out on the left, creating some imbalance in the team. Also, there was a laugh in the football world when the club erroneously excluded his name from their UEFA Europa League submission. Erik Ten Hag has solved that imbalance, and Ajax is having an incredible campaign spearheaded by the Ivorian. He already has three goals in eight appearances for Les Éléphants, and spectators will be excited to see that goal-scoring prowess at the AFCON.

The Ilorin-born Union Berlin striker already has a career-high nine goals and one assist in 14 Bundesliga appearances. He has hit 12 in all competitions for The Iron Ones who are flying high under Urs Fischer.

The 23-year-old former Liverpool striker has found consistency and rhythm alongside new signee Max Kruse as Union sits sixth in the Bundesliga. He will come in handy for the Super Eagles if they give him good chances with his tendency to shoot early making it hard for goalkeepers to get to his shots, and after making his debut for Nigeria only in October, he will be looking to push on with a decent AFCON tournament.

The 30-year-old Algerian right-winger is as silky as they come. A divine left foot that caresses the ball in all the right ways when he is making play belies vicious power when he shoots. His feints are legendary, simple yet very effective. Mahrez is leading Pep Guardiola and Man City’s UEFA Champions League campaign with five goals in six appearances.

He has nine goals and two assists in 21 appearances in all competitions and despite limited league appearances, Mahrez will be the talisman for Algeria as they attempt to defend their title in Cameroon. He has scored 26 goals and assisted 34 in 70 appearances for the Desert Foxes since his debut in May 2014 as his superb free-kick against Nigeria at the 2019 AFCON semi-final was voted 2019 goal of the year, the same year he finished second runner-up to Salah and eventual winner Mane for the African Footballer of the Year.

Salah is one of the best players, if not the best, in football right now. The Egyptian’s stunning form culminated in a lowly seventh-place finish at the 2021 Ballon d’Or award. He is now up to 20 goals this campaign and we have not reached the halfway point of the season, he leads the Premier League scoring chart with Liverpool a point below City at the top of the table having secured qualification to the next round of the UEFA Champions League.

Salah will be looking to bring that form to the Pharaohs at AFCON. He is the captain of Carlos Queiroz’s side and will hope to lead his team to extend their record seven AFCON titles. They have been in great form since crashing out of AFCON 2019 Round of 16 after losing to South Africa and the Pharaohs have not lost a competitive tie in 15 games coming into the tournament.

The 29-year-old who already has 43 goals and 24 assists from 73 caps for Egypt has the opportunity to catch up with the country’s record goalscorer Hossam Hassan. Salah will be hoping to capture at least one continental title for his team while he tries to break Hassan’s record, and the AFCON tournament in 2022 is a good place to start.

Given the array of incredible stars set to light up Africa next month, we will end this selection with a number of Honorable Mentions; Islam Slimani, Patson Daka, Vincent Aboubakar, Franck Kessie, Mohammed Kudus, Edouard Mendy, Wilfried Zaha and Nicolas Pepe.