The New Era: What are Barcelona like under Xavi?

The Football Castle > Blog > Features > The New Era: What are Barcelona like under Xavi? 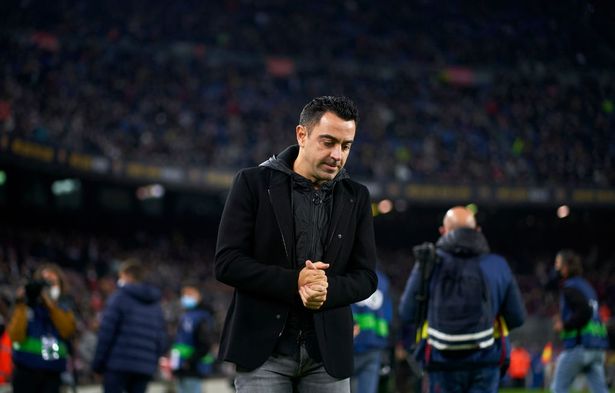 Barcelona are undergoing a new era in their history as huge financial difficulties alongside the exit of their greatest-ever player has forced a spell into the unknown for the Catalans.

A disappointing start to the season prompted the sacking of Ronald Koeman as a Barcelona legend was replaced with another in the appointment of Xavi.

The club’s second all-time appearance maker has his work cut out to succeed at the Nou Camp as they lie on the periphery of mid-table in La Liga.

Given the difficult circumstances in relation to the history of the club, it would take a while to solve many of their on and off-pitch problems. Yet, Xavi’s tenure got off to a ‘perfect’ start as they secured all three points from the derby clash against Espanyol on Saturday.

With a Camp Nou attendance bettered only by El Clasico this season, FootballCastle takes a look at the early tactical imprints of Xavi’s Barcelona side.

The Blaugrana were expectedly expansive in attack with a heavy-possession style, they made 16 attempts on Espanyol’s goal with six on target.

Xavi handed 17-year-old winger Ilias Akhomach his debut, with fellow teenagers Gavi and Nico Gonzalez in the line-up. Barca started in their traditional 4-3-3 shape and the midfield three had the manager’s former teammate, Sergio Busquets, playing as the deepest midfielder in front of the centre backs while Nico and Frenkie de Jong acted as double number eights.

With the forward midfielders taking up high spaces in the Espanyol half, the wingers were instructed to stay very wide and pin both opposition full-backs.

Barca started the match well, but their performance dropped off in the second half when a Memphis Depay penalty was enough to secure the maximum points. Espanyol saw two good chances including a shocking miss by Landry Dimata and Raul de Tomas’s header hitting the post, and they could have made a better fight on another night.

With the ball, the Barcelona shape became a back-three with Óscar Mingueza tucking in alongside the centre backs as Jordi Alba took up high positions to overload the left channel. This structure allowed them to counter-press as a 3-5-2 off the ball and made them less vulnerable to counterattacks.

Although it was a performance that had its obvious flaws, Xavi will have been pleased with the result and can now build on the confidence as he looks to shape this team into his philosophy.

“There are things to improve and we have to learn to better understand what the game demands at all times,” Xavi said after the game.

We have to generate more chances. It is difficult to attack such a tight defence, but we have to attack the spaces on the wing more. We have to work because we will find ourselves in similar scenarios many times.

“What I liked most was the attitude. Of course there are things to improve. In fact, there are many.”

“At the end of the match we lacked things to dominate the game. We are not in the best situation and Espanyol gave us a lot of problems in the final minutes. But in general it was a deserved victory and it is a great joy.”

It is difficult to draw conclusions after only one game, but the former Al Sadd boss has already laid down the marker for his beloved team. Although there will be bumps on the road to recovery, Xavi has set the wheels in motion for a clear playing identity.

Off-field turbulence might persist, but Barca are already recreating their DNA on the pitch.