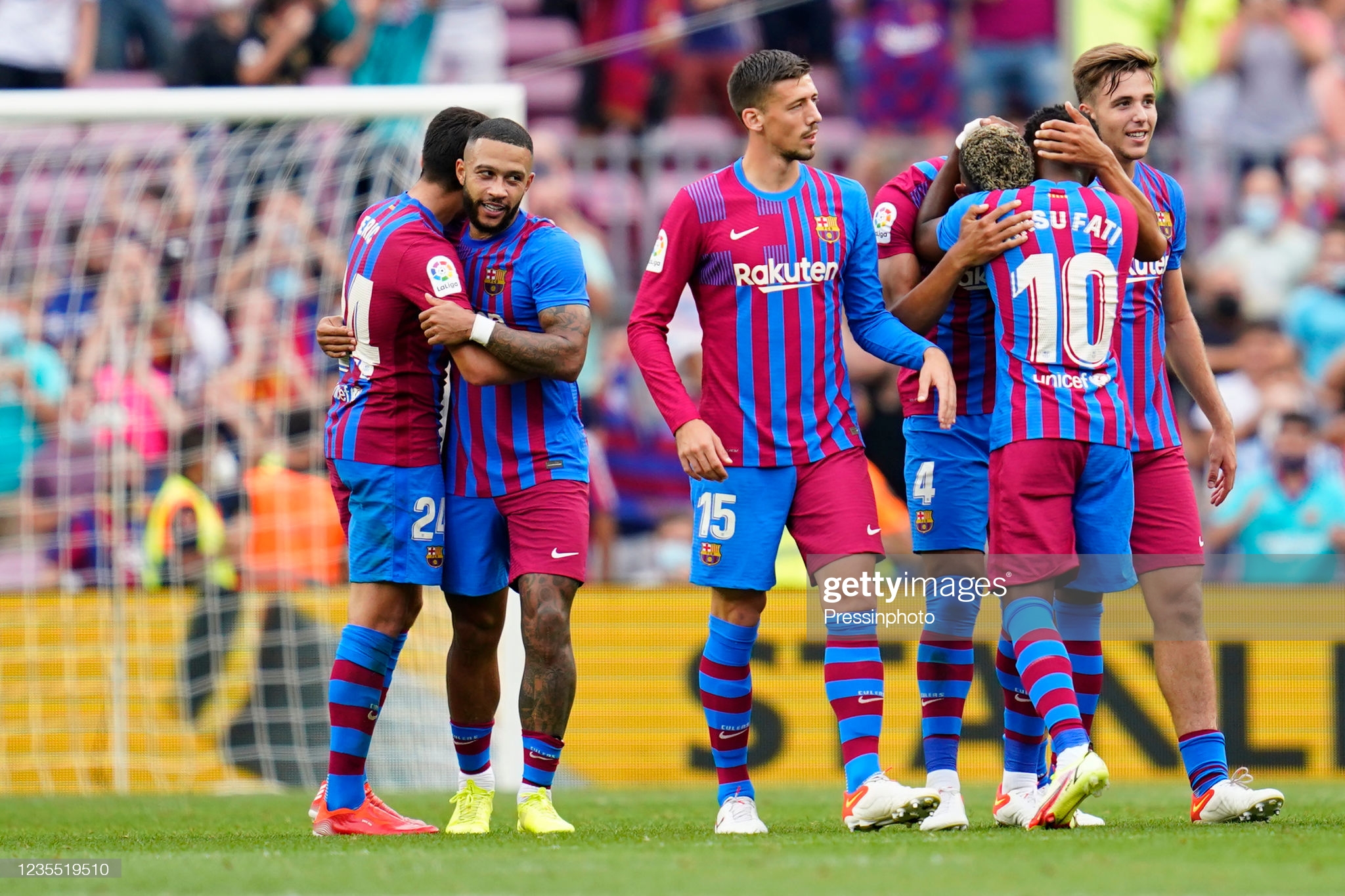 Barcelona returned to winning ways with a comfortable 3-0 win over Levante for a timely shot of confidence.

Coming off the back of three consecutive underwhelming performances, the Cules showed no hangovers from those listless showings early on and will have pleased their beleaguered manager, Ronald Koeman, who was absent from the touchline due to suspension.

Amidst having to rely on young players owing to injuries in recent weeks, the style of play has come under scrutiny and there are fears that Barcelona are losing grip of ‘The Barca Way’ as they failed to register an effort on target in the 3-0 thrashing to Bayern Munich, before attempting attempted 54 crosses in the draw against Granada.

A frustrating stalemate away to Cadiz with 10 men in midweek only ramped up the pressure on the head coach.

Koeman has overseen an influx of his compatriots since taking over the team, and it was fitting that two of the four Dutch-born players scored in the same La Liga game. The first time such has happened since 2009.

Memphis Depay continued his impressive start to life with the La Liga giants by causing constant danger and putting them ahead with a seventh-minute penalty. Shortly after, Luuk de Jong doubled the lead with a wonderful finish to a stunning team move after a pass from Sergiño Dest.

The home crowd was rocking and there was palpable relief at the fluidity and attacking verve on show, especially after their recent struggles on and off the pitch.

Many of the deputizing youngsters impressed on Sunday afternoon and will stake strong claims for more minutes. Gavi and Nico González gave a good account of themselves in midfield and showed genuine promise to be first-team regulars as their energy and enthusiasm delighted the adoring fans.

There is a New Sheriff in Town

While Barca created chance after chance to widen the scoreline, the biggest cheer of the second half was reserved for the return of Ansu Fati after 10 months out with a knee injury. But the noise levels would get even higher few minutes later, Fati was lively in a short cameo and scored a wondrous 20-yard goal to spark emotional scenes at the Nou Camp.

Indeed, the 18-year-old was sporting the number 10 shirt left behind by Lionel Messi and marked a truly special moment in his storied comeback.

“I did not imagine a return like this. Here you always have to win. I am happy for the victory, we have a lot left. I thank the doctors and physios who have been with me. Also to the fans”. Fati said after the final whistle.

The youngster then revealed his next targets, and spoke on the unwanted pressure of the number 10 jersey;

“It will depend on how I find myself. I will have to earn the minutes. This is very long, it has just begun. We are Barca and we have to fight for everything.

“For me the No. 10 is not a source of pressure, it is a source of pride. I thank the club and the captains for giving me the opportunity to wear it. It is not pressure, but gratitude.

“We are going to fight for La Liga, for the Champions League, and for everything. We have to fight and work for that.”

Needless to say, the magnitude of Fati’s return might be enough to lift the club desperate for positives. His genius and return to the pitch is also perfectly timed to inspire his colleagues.

The wonderful team performance was ‘only’ against Levante who are a single point above the relegation places, but the Blaugrana are up to sixth on the La Liga standings and will be desperate to keep this feel-good factor and get their season up and running.

Benfica await next in the Champions league where Barca are desperate for revival after the Matchday One disaster against Bayern. They will be traveling to Portugal itching to keep up this momentum.