Who are the La Liga Stars of the Post-Messi Era?

The Football Castle > Blog > Features > Who are the La Liga Stars of the Post-Messi Era? 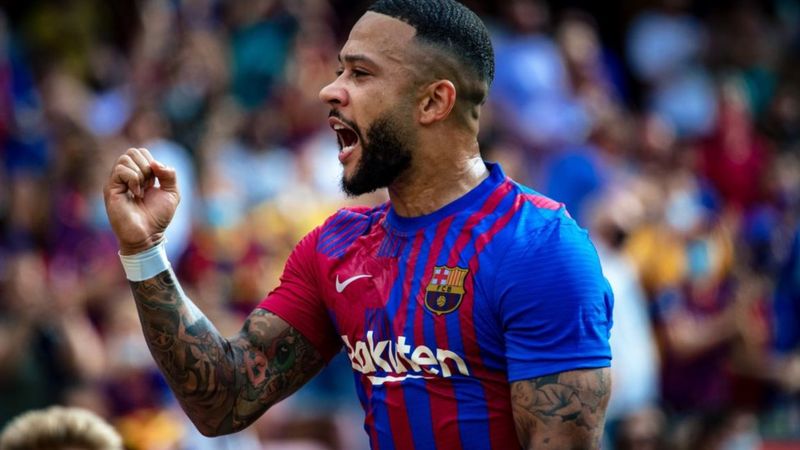 The 2021/2022 Spanish LaLiga season comes with a completely different atmosphere and an unusual cloud hovering over each club side in Spain.

It’s a different season because of the new normal that is gradually taking place as far as the Spanish LaLiga is concerned.

Both Lionel Messi and Sergio Ramos who hitherto were captains of the two dominant clubs, Barcelona and Real Madrid, have left the Spanish league to join PSG. Thus making the Spanish La Liga seem less competitive.

The exit of these icons has in no doubt, monopolized every other football story in the Spanish media. And as expected, permutations are being made as to maybe defending champions Atletico Madrid will successfully defend the title given the partial change in depth and stature that both Barcelona and Real Madrid are going through as of now.

That said, the exit of Lionel Messi has come as a huge loss not only to Barcelona but to the Spanish league in general. But who are those who will gain the most? Maybe not from the financial aspect but in terms of the game – the players.

The players who due to the presence of Messi, have not been enjoying much of the attention, hype, and plaudits will now begin to benefit from the absence of the Argentine superstar.

This basically means that Messi’s exit from the league is a blessing in disguise for these players. And who are these players?

The FootballCastle has selected a number of Liga stars to watch out for in the post-Messi era. We start with a Villareal hero.

Moreno was once described by his former manager, Manolo Gonzalez as a player who “has an incredible capacity to cope with adversity.

Rightly so, there’s no greater adversity than competing with four of the world’s deadliest goalscorers in the same league – Cristiano Ronaldo (until 2018), Luis Suarez, Karim Benzema, and Lionel Messi (until 2021).

The Spaniard is very competitive in nature and possesses an impeccable knack for goals. Since the 2019/2020 LaLiga season to date, Moreno has been outscored only by Messi and Benzema.

The 29-year-old forward has a strong mentality and savvy style of play that puts him in the same category as any other striker in the Spanish top tier.

Although the Villareal forward has found goals so hard to come by in the just three-week-old 2021/2022 LaLiga season, trust the prolific goalscorer to finish the campaign on a high – a double-figure goals total is assured from Moreno.

Rewind back some three years ago when the then 17-year-old winger was acquired by Real Madrid, he was coming as an heir to the departing Cristiano Ronaldo – it was apparently a perfect fit given the huge cash splashed on him as a teenager.

But as football would happen, Vinicius’ Real Madrid stint turned out to be the unimagined and unexpected script.

His first season at Real was disastrous. As a winger, Vinicius scored just three goals and two assists in twenty-nine league outings – which was quite understandable because he needed time to adapt.

The second season was a nightmare for the Brazilian winger too, so much so that Los Blancos had to rely on Karim Benzema’s experience and talismanic prowess upfront. Junior was involved in just eight goals in thirty-five La Liga appearances – too bad for a player whose primary job is to score and create goals.

The zippy left-winger has however Kickstarted the 2021/2022 season on an intense note, scoring three sweet goals in just fifty minutes of league action (he’s made two appearances).

There’s been an obvious change in his play; tentativeness, clinical quality, confidence, and maturity to tear up defenses (which has been lacking in his game before now) has been added to Vinicius Junior’s gameplay.

While it’s a known fact that the season is still very young, the kind of daring form the 21-year-old finds himself now, having the best start to a season in his Real Madrid career, there’s the feeling that it will be a promising season for Los Blancos attacker.

He turns out for the team that is threading on a new and fresh path, Barcelona. The Blaugrana are clearly in a grievous mood following the exit of club icon Lionel Messi.

However, all hope is not lost. The club is expected to move on from the irreplaceable loss of Messi. And a critical look at the team’s options upfront indicates there’s hope for interesting times ahead.

The chemistry of Memphis Depay, Sergio Aguero, Ansu Fati, a fit Ousmane Dembele, Martin Braithwaite, and the addition of Luuk de Jong will definitely result in a great goalscoring feat.

Therefore, the responsibility lies on the shoulder of the Dutchman. The 27-year old attacker doesn’t necessarily need to replace Messi, but he can be an integral part of what the team will achieve in the post-Messi era.

Depay adds a touch of confidence, doggedness, and energy to what Barcelona currently have. It’s evident in his first three matches in the colors of Barcelona as he’s netted twice and registered one assist, as well as the just-concluded international break where Depay netted five goals in three outings for the Oranges.

Given Ansu Fati’s return from injury this month, and with the availability of Aguero too, there’s a formidable front three for Koeman to play with, and an antidote to heal the wounds of the Barca faithful following the exit of Messi.

A return to the Wanda Metropolitano is needed for Griezmann who failed to live up to the expectations of the Barcelona fraternity – and this could be unconnected to the cold welcome given to him when he arrived at Barca in 2019.

Griezmann scored twenty-two goals in seventy-four matches for the Catalan side in his two-year spell. The French international will hope to revive his career under the tutelage of Diego Simeone again as there’s a fresh set of attackers to complement the attacking abilities of Griezmann.