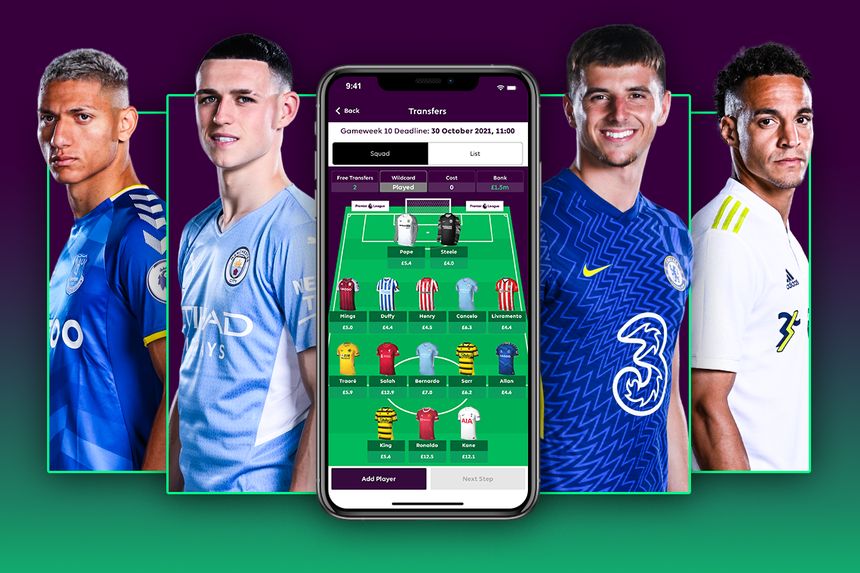 The Premier League season is shaping up and so are Fantasy Premier League mini-leagues, the harvest of 40 goals in game week 9 did wonders for many managers with an overall average of 64 points.

Mohamed Salah’s (£12.9m) sensational form was the toast of managers who captained him and elsewhere, Chelsea are up against Newcastle who are still without a clean sheet after thumping Norwich for seven in GW9.

Game week 10 promises an exciting round of matches but with FPL you can never predict and it is pertinent to have a team mixed with must-haves and differentials for another round of hostilities.

After careful research, FootballCastle has provided the best picks for Game week 10 ahead of the deadline at 11:00 BST on Saturday 30 October.

With Manchester City yet to concede a goal in four league games at home this season, the Brazil international will be preparing for another clean sheet against Crystal Palace. Ederson is a reliable pick this season and his points average is bettered only by four other keepers in the Premier League.

Got a well-deserved rest in midweek after four successive league goals and his starting spot seems to be safe for the foreseeable future due to his incredible form. Chilwell offers massive clean sheet potential against Newcastle and 32 points in just three game weeks is an incredible return for a defender.

The youngster is currently hot property and yet he’s only owned by 17.9% of FPL managers. Livramento remains a must-have given his great bargain price that is the highest in the Southampton squad despite being a defender.

He scored his first senior career goal last time out and will be looking for more returns at both ends against Watford.

Prior to his incredible hat trick against Manchester United, my mention of Salah last week had the short message “Leave him with the captaincy regardless of his fixture against United and Hakuna Matata” what an inspired pick he has been this season.

Salah has become the first player to reach 100 points in this season’s FPL showing that he is far ahead of other players in the game. Brighton face the thankless task of trying to stop the Egyptian King in GW10 but they can only hope for a rare off day from this fixture-proof legend.

Leeds have struggled to reach their flowing best from last season but will be confident of a return to form against the league’s worst defence – Norwich. The Spaniard will continue to deputise as the centre-forward in Patrick Bamford’s absence and is on penalty-taking duties after scoring a last-gasp equaliser from the spot in GW9.

He offers an interesting double-up or alternative in the Leeds attack which faces the bottom side. The Brazilian is obviously the Whites’ maverick marksman and should rake in a decent attacking haul for his 19.3% owners.

Since returning from injury, Foden has scored three times and registered two assists in only four starts. Only Salah has outperformed the youngster for shots on target xG of all midfielders in that period and Crystal Palace will be weary of facing Foden who was handed only a cameo appearance in midweek.

Another youngster who faces lowly opposition in this game week, the German has now scored in consecutive midweek games since injuries to Romelu Lukaku and Timo Werner and could be set to bring that form into the Premier League.

Although he was the only starting forward who failed to register attacking returns in the 7-0 rout of Norwich, Havertz will be confident of his chances against Newcastle.

The striker is in brilliant goalscoring form as only Jamie Vardy can better his three goals over the past four game weeks. Hwang will be looking for consecutive goals in GW10 versus Everton who suffered a late collapse against Watford and his partnership with Raul Jimenez, alongside his sweet differential status, makes him hard to overlook.

The FPL big-hitter is living up to his standing in recent weeks with four goals and one assist since game week 4. Aubameyang is playing with freedom and Arsenal are hitting their stride, making him a wonderful differential at the moment with a meagre 4.8% ownership.

The ageless Leicester marksman is behind only Salah for Premier League goals so far and managers are well-aware of his threat with 30.3% ownership. Arsenal are Vardy’s favourite Premier League opponents with 11 goals and very few will bet against him matching Wayne Rooney’s scoring record(12) against the Gunners.