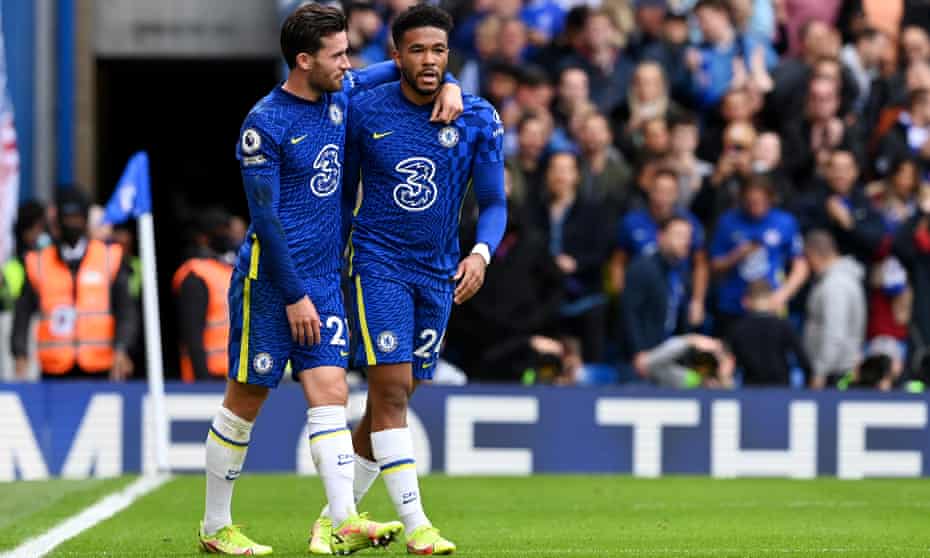 There is no better time to be Chelsea than now, with a 3-0 win over Newcastle, the Blues went three points clear at the top of the table after Manchester City and Liverpool dropped points at home to Crystal Palace and Brighton respectively.

After ten matchdays, they have delivered four Premier League wins in a row and are now responsible for the second best-ever defensive record after 10 games (three goals conceded) which they set under José Mourinho in 2004/2005 (two goals).

However, it is their newfound form in forward areas that has sent a few jaws dropping.

At Newcastle on Saturday afternoon, they were without Christian Pulisic, Mason Mount, and Mateo Kovačić alongside the aforementioned striking duo. The response was a patient but utterly dominant display in front of the re-motivated Toon.

The Magpies set up with a compact low block and were very hard to break down throughout the first half, but their resolve was broken in the 65th minute owing to a tactical switch from Thomas Tuchel.

Immediately after Hakim Ziyech and N’golo Kanté went off for Ross Barkley and Ruben Loftus-Cheek, Callum Hudson-Odoi breezed across the left flank to hang a cross which was flicked but fell perfectly for Reece James who fired in a superb left-footed strike at the back post. The English full-back then lashed home a half-volley with his right 12 minutes later to put a stamp on the points.

James has now been involved in four goals and three assists in all competitions, more than all his teammates so far this season. It points to a particularly prolific recent record with left wing-back Ben Chilwell also scoring for four consecutive Premier League games.

So how have Tuchel’s side kept things ridiculously tight at the back while their ‘defenders’ keep leading the charge for the league’s top scorers?

The European Champions have slightly evolved from last season’s system as they have countered opponents sitting back to block their wide routes by employing Inverted wing-backs.

Since their new boss took over in January, the wide defenders have stretched rivals as the inside-forwards wreaked havoc by running in-behind defences or coming short to combine and release the wing-backs on overlapping runs.

Now, with the opposition mirroring the Blues’ back-five to deny them spaces in the box. Tuchel has instructed his wing-backs to occupy the half-spaces while the forwards hold the width.

This means the defending full-backs are lost in no man’s land when picking which Chelsea player to mark, thus, in bringing on Barkley and RLC to occupy the spaces in the Newcastle box, James found himself unmarked at the far post.

When asked about the move post-match, Tuchel gave an interesting assessment.

“It’s a complex game and I don’t think Reecey can score if Callum [Hudson-Odoi] does not do the dribbling and if Chilly [Ben Chilwell] doesn’t open the space,”

“We were dangerous on the first post with Kai [Havertz], the middle of the goal with Ross [Barkley], and then the second post even with Ruben [Loftus-Cheek]. Then it’s possible to score on the far post.

“This is why sometimes our strikers are sacrificing to create space and chances for the others. It will always be like this. Shooting you don’t need to exercise.

However, the German was quick to praise his player’s technical ability and desire after he demanded more attacking thrust from him leading up to the game.

‘Reece has a kick like a horse,’ enthused Tuchel. ‘He found the space to score on his own. If we have players in all the places where we want to be dangerous, he is absolutely allowed to attack the free space or come inside.

‘We need the wing-backs to arrive in the box to increase our chances of scoring, and he did that.’

Par for the course, we saw Pep Guardiola tweak João Cancelo’s role to inverted full-back last season and how it propelled Man City to a third title in four seasons.

Tuchel might have taken a leaf out of his role model’s book in the hope that it helps Chelsea make a difference in what is shaping up to be a keenly-contested title race.

There have been 17 different Chelsea goal scorers already only 16 games into the season and the togetherness of their deep squad is undoubtedly their greatest strength.

Tuchel’s setup has been an enabling environment for many of his stars to shine, and with everyone ready to contribute to the team, long may it continue.