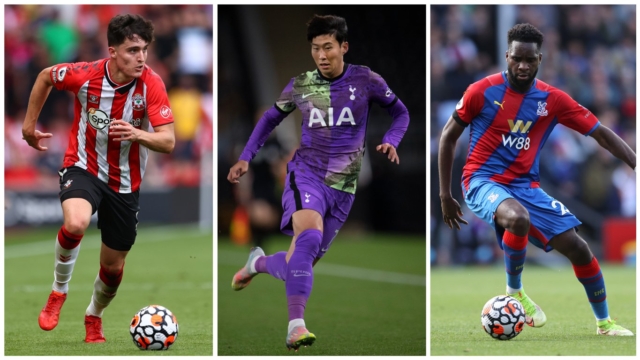 The Fantasy Premier League marathon resumes for Game Week 9 with the standout fixture of the weekend taking place at Old Trafford when Manchester United host high-flying Liverpool. After Champions League exertions, both sides arrive high on confidence and their various Fantasy gems could be set to grab the headlines.

The European midweek claimed two casualties in Chelsea’s attack with Romelu Lukaku and Timo Werner both going off injured in the first half. This represents a big blow as the table-toppers take on bottom side Norwich, thus, finding replacements for Lukaku is priority for his 29.3% managers.

However, given the easiest way to look at your team is Mo Salah and others, FootballCastle provides the best of the bunch who could elevate your team in Gameweek 9.

Ahead of the deadline of 18:30 BST on Friday 22 October, these are our top selections.

The Brentford shot-stopper is an exciting pick due to recent performances and his bargain price tag. The Bees have been impressive in their maiden Premier League season and only Manchester City and Wolves have a lower expected goals against (xGA) tally so far.

The defence has been doing a good job, contributing to 32 FPL points for Raya who faces a decent run of fixtures against Leicester, Burnley and Norwich.

With Norwich failing to score in six of their eight Premier League matches so far, Mendy’s owners will expect another comfortable afternoon and for good reason.

The Canaries have scored only once from open play all season and it is difficult to see a way past the incredible Senegalese ‘keeper whose heroics earned the Man of The Match award (and nine points) in GW 8 against Brentford.

The in-form left-back offers a cheeky double-up in the Chelsea defence alongside Mendy due to his prolific form and Chelsea’s high clean sheets potential in GW9.

Having now scored in each of his last three Premier League appearances spanning the end of last season, the defender is in prime FPL form and was on show for 66 minutes against Malmo in midweek; pointing to a likely start against Norwich.

The impressive youngster is proving a popular bargain after bursting onto the FPL scene and is now pushing managers to start him due to the fact he has registered a clean sheet or an assist in four of his last five appearances.

Livramento is primed for returns against Burnley who are the second-lowest scorers this season.

In this section, I will omit the honourable mention of FPL’s most in-form player, Mo Salah(£12.8m), for obvious reasons. Leave him with the captaincy regardless of his fixture against United and Hakuna Matata.

Despite blanking against West Ham, the Everton winger is in red-hot form and retains value with the third-most chances created among midfielders.

The Man City ace is a captaincy favourite and should begin a tough game against Brighton after getting subbed off on 64 minutes after registering an assist in the European win against Club Brugge.

The Belgian has registered at least one attacking return in his last five appearances and appears to be getting back to his very best after injuries.

The Tottenham man has been slightly under the radar with the second-highest points from an FPL midfielder this season, only behind the electric Salah.

Son has now delivered at least one attacking return in five of his seven appearances and boasts a good record against West Ham with eight FPL returns in 10 league matches.

The Brazilian has been Leeds’ most consistent attacker so far and continued that form over the international break with a pair of goals and assists each in his first three caps.

Raphinha is fully recovered after having to miss GW8 due to a late return but should be firing on all cylinders against Wolves.

Due to injuries to Lukaku and Werner, the German is set to recreate his False Nine role from last season. Havertz scored a magnificent goal on Wednesday night and could be returning to his best form in the decent upcoming fixtures against Norwich, Newcastle and Burnley.

The Frenchman has been incredibly unlucky so far, having hit the woodwork twice against Chelsea to make it six times in 2021/22 – only three less than Harry Kane in the whole of last season.

Game week 9 opponents Leicester are the fifth-worst defence in the league having already conceded 14 goals this season and it might be the perfect time for Mbuemo to hit a purple patch.

August’s Player of The Month has registered consecutive blanks but also has more Premier League goals (five) against Spurs than any other team. Antonio perhaps needs patience as he remains top among forwards for shots (31), big chances (eight) and xG (5.07).

Having scored a belated first goal of the Premier League season in game week 8, Kane will look to kick on and he could now enter a scoring streak with four double-digit hauls against West Ham including three in the last four meetings.

The Frenchman has demonstrated ruthless finishing with three goals in five games for Crystal Palace. Newly acquired Newcastle have the worst defence in the league which will please Edouard whose value could skyrocket should he register attacking returns against the managerless Magpies.