Stuck at a crossroads: Harry Kane’s season is now riding on recovery from failed City move 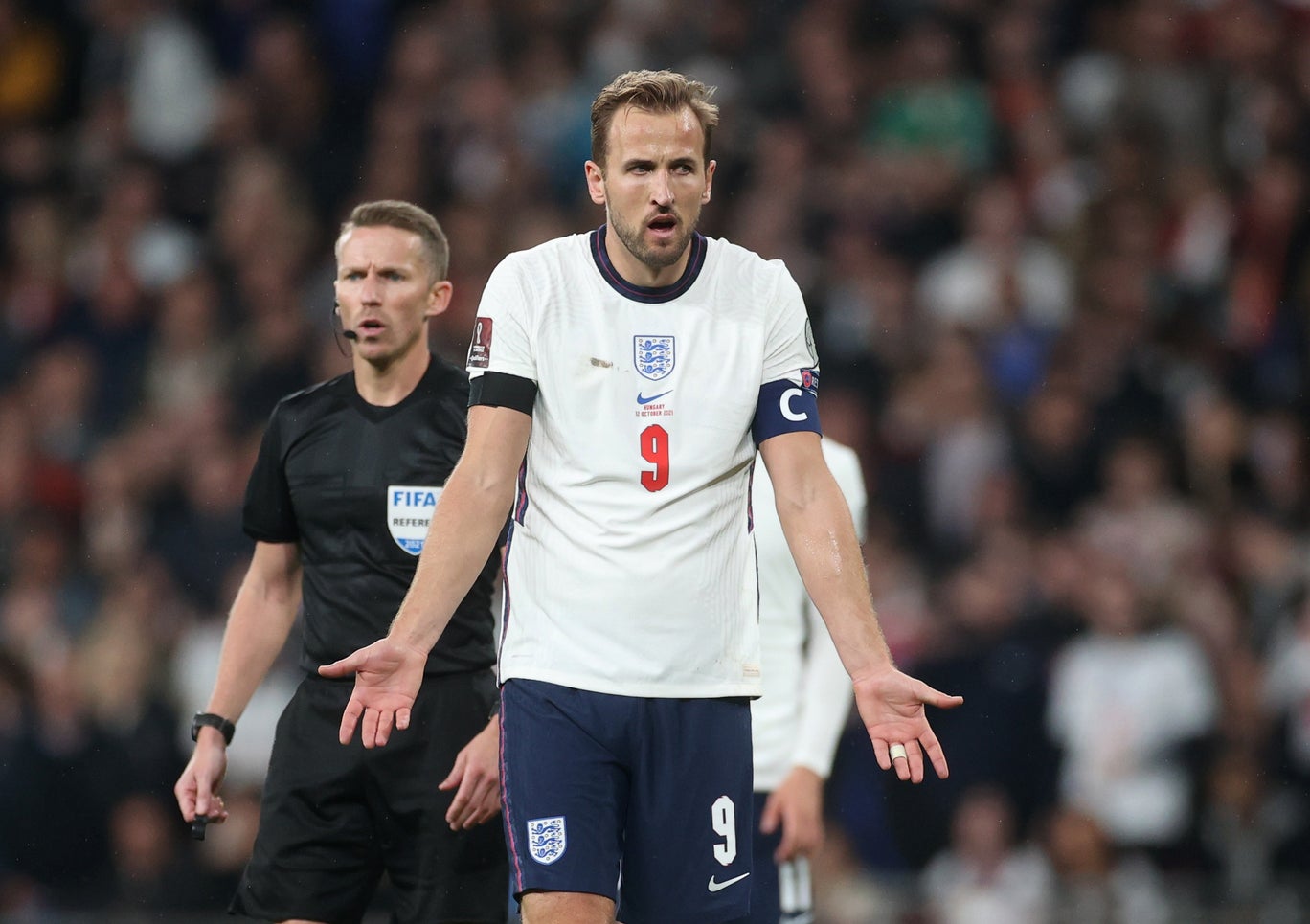 Euro 2020 finalists England slugged to a 1-1 draw at home to Hungary in the 2022 World Cup qualifiers, as the hosts remained within touching distance of a spot in the finals.

However, the game was a difficult watch for the Wembley crowd who endured a lacklustre display from the Three Lions.

Gareth Southgate’s side delivered a drab showing despite a front six filled with attacking impetus with Harry Kane flanked by Jack Grealish and Raheem Sterling up top, and both Mason Mount and Phil Foden completing an eye-catching midfield triumvirate with Declan Rice sitting deep.

Yet, the stubborn Hungarians took the lead through Roland Sallai’s penalty before John Stones equalised later in the first half. The England players lacked rhythm as the majority of the team endured a sub-par night and failed to produce much going forward.

After an emphatic 4-0 away win in front of a hostile Hungarian crowd last month, this was supposed to be the night Kane reached Wayne Rooney’s record of 37 competitive goals for England. Nevertheless, Kane’s club form caught up with him despite three goals from three internationals last month.

The Tottenham striker had scored in 15 consecutive World Cup and European Championship qualifiers for England stretching back to September 2017, but his recent dry patch would put an end to that fantastic run as he was replaced by Tammy Abraham after 76 minutes.

Kane has endured a difficult time at club level after failing to seal a big-money move to Manchester City in one of the summer’s most high-profile transfer sagas, the England captain has not scored or assisted in six Premier League games so far this term despite six goals in four cup appearances.

The 28-year-old now seems to be stuck in his summer hangover and squandered two decent early opportunities at Wembley. After making only 19 touches of the ball on a poor evening, his best chance of the night saw him badly slice a shot on the turn to typify his performance as he was subbed off shortly after.

Expectedly, the forward has denied he is feeling the after-effects of the disappointment from a failed dream move but the eye test suggests his mind lingers.

“It’s natural that people think like that and obviously everyone is entitled to their opinion but at the end of the day, I’m my own biggest critic,” Kane told reporters after the final whistle.

“I put the most pressure on myself to deliver and perform and play well, so at the end of the day I’ve just got to keep working hard for the team.

“It was the first game in 15 that I haven’t scored, so not the end of the world. Everyone who knows me well knows I’m confident every time I play. I’ll be ready for the next one.”

“I’m as clear as anything. Obviously [there is] a lot of noise around me and when you’re a high-level sportsman, sometimes that’s the case. It’s how you deal with that.

“I’ve got good people around me, good friends and family, good teammates, good coaches. Every time I step on the field I give it 110 percent for club and country.

“Performances for club and country maybe just haven’t been there the last few weeks, but there’s no need to panic. I’m confident in myself, I’m confident in the teams I play in. That’s the way it goes.

“I’m in a good place. Obviously, I know there’s been a lot of talk about me, at the end of the day I’ve still scored nine goals (for club & country) this season.

“I’m there, I’m working as hard as I can for the team. When the chances come, I’m confident I will put them away.”

The Tactical and Individual Improvement

Pertinently, Kane scored a 19-minute hat-trick of clinical finishes from inside the box in the Europa Conference League against Mura last month, but without his trademark forays into deep areas, Spurs lack the midfield creativity to progress the ball into danger zones.

Nuno Espirito Santo must find a formula that suits both his team and his main striker’s goalscoring ambitions for the season.

Kane is well-known to be a streaky performer who leaves nothing for the middle-ground, he is either firing spectacularly or in one of his famous dry spells which happens to be the case right now.

The England and Tottenham marksman must – and will – find his scoring boots, but he will be wary of his slow start affecting the rest of his and his team’s campaign. As of now, it will take an effective tactical and individual adjustment to get the best out of Kane.