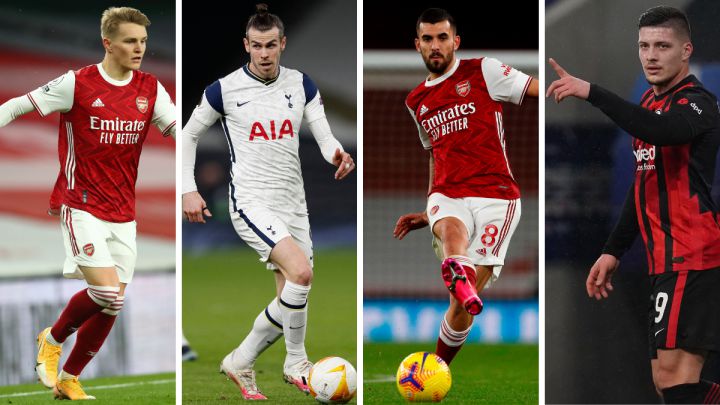 Real Madrid have undoubtedly lost a clinical edge since Cristiano Ronaldo left the club in 2018. Eden Hazard’s struggles with injuries and Vinícius Júnior’s inconsistencies have led to an over-dependence on Karim Benzema who is in the goalscoring form of his career.

Los Blancos are desperate for that superstar quality in attack, hence will look to the £150million worth of talent currently out on loan to finance a move for PSG star Kylian Mbappé or Borussia Dortmund’s Erling Haaland, according to reports in Spain.

AS report that Madrid are looking to sell some of the players in that €176m ‘loan box’ to raise funds for a move despite the current financial climate.

Norway striker Haaland is currently valued at £153m (€180m) in the summer, with Europe’s elite interested in making a mega-money move, while France superstar Mbappé is reportedly £128m (€150m).

The current market value of the nine players is reportedly up to quarter of the value of Zinedine Zidane’s £634m (€745.5m) squad and the whites want to cash in this summer.

Although Ødegaard and Ceballos are expected back in the Spanish capital with two years left on their deals. The others, and Bale in particular will look to be sold on with the Welshman constituting  £31million of their annual wage bill.

Madrid raised £72m (€85m) last summer from the sale of Achraf Hakimi, Sergio Reguilón and Óscar Rodríguez. But this time they are hoping to rake in more funds to boost their bid for one of the top two strikers in world football.