Why Serie A is the Premier League’s talent hotbed 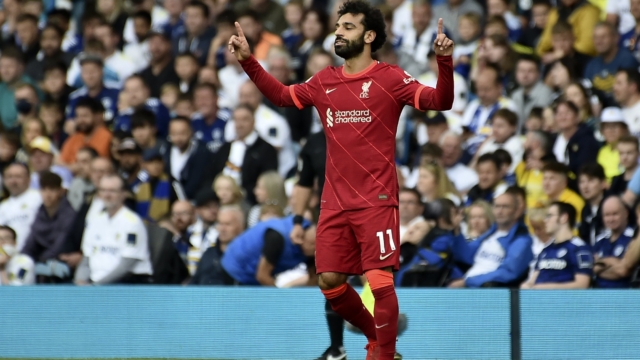 The English would lay claim to being the first to play organized football, but Italy, in particular, has a storied history in the beautiful game. And their second European Championship win in 2021 was a watershed moment in Italian football

The Italian Serie A is known as one of the top five leagues in Europe and is ranked third according to UEFA’s league coefficient, behind La Liga and the Premier League. Football in Italy is often depicted as the most tactical and defensively sound domestic competition. Hence, of the 100 greatest footballers in history chosen by FourFourTwo magazine in 2017, the most (42), played in Serie A.

It is also pertinent to note that Serie A led the UEFA ranking from 1986 to 1988 and from 1990 to 1999, and the championship was at its most popular in England as it appeared on more TV channels in the UK than any other league.

Yet, Serie A has found itself in a strange position in European football in recent years. It trails the Premier League, La Liga, and the Bundesliga for average attendance and overall revenue, and is desperately playing catch-up with the more marketable championships.

Technically, Italian football is also very distinct. The tempo of the game is much slower, teams are better organized thus making it harder to score, and their quality of football has been slow to embrace the ethics of modern-day football.

The three-man defence and a compulsion with the midfield diamond has been apparent at a time when the rest of Europe was comfortable with the 4-2-3-1. Now, as with every cycle, the best managers in the world have brought their tactical nous to the Premier League, particularly former Italy boss Antonio Conte who revolutionalized his 3-4-3 system by winning the English top-flight with Chelsea in 2017.

Despite producing seven FIFA World Players of the Year, Italy is known for keeping its best homegrown talent within the shores throughout their careers. Hence, a historic footballing nation has been slow to share its talent across the world. Until now.

While Italy is no longer the final destination for top talents like in the ’90s, it has also failed to adequately export talent in order to catch up with the times. Whereas British players don’t generally need to go abroad as the Premier League is the attractive league football-wise and financially.

Hence, Italy has become a destination for Premier League flops in recent years as the tactical awareness and slow pace of the game has allowed many players to catch up with top-quality football. Many recent examples have been able to transform their careers after a tough spell in England.

It is pertinent to note that three of the hottest goalscorers currently in the Premier League; Mohamed Salah, Romelu Lukaku, and Cristiano Ronaldo, all moved to England directly from Serie A for a second stint in the most popular football league in the world.

Although Ronaldo left as the best player in the world and returned as a global superstar, the former duo returned with enhanced reputations. It does prove the trend of excelling in arguably the hardest league to succeed and the desire to showcase their talent on the Premier League’s larger scale.

Chris Smalling became a revelation after leaving Manchester United for Italy, even earning the nickname ‘Smaldini’ after legendary AC Milan defender, Paolo Maldini. Smalling’s Roma teammate, Henrikh Mkhitaryan, was also an instant success and has been one of Serie A’s best creative players since.

Fikayo Tomori had his six-month loan from Chelsea made permanent after impressing the Rossoneri enough to pay £25m for his services, as they qualified for the Champions League after seven years away. The defender also welcomed his pal and long-time teammate, Tammy Abraham to the Italian football school and the striker already looks like the latest ex-Premier League star to prove himself after going stale in his native country.

With two goals and as many assists in five games in all competitions already for Jose Mourinho’s men, Abraham might be another evidence of this new development path to superstardom.