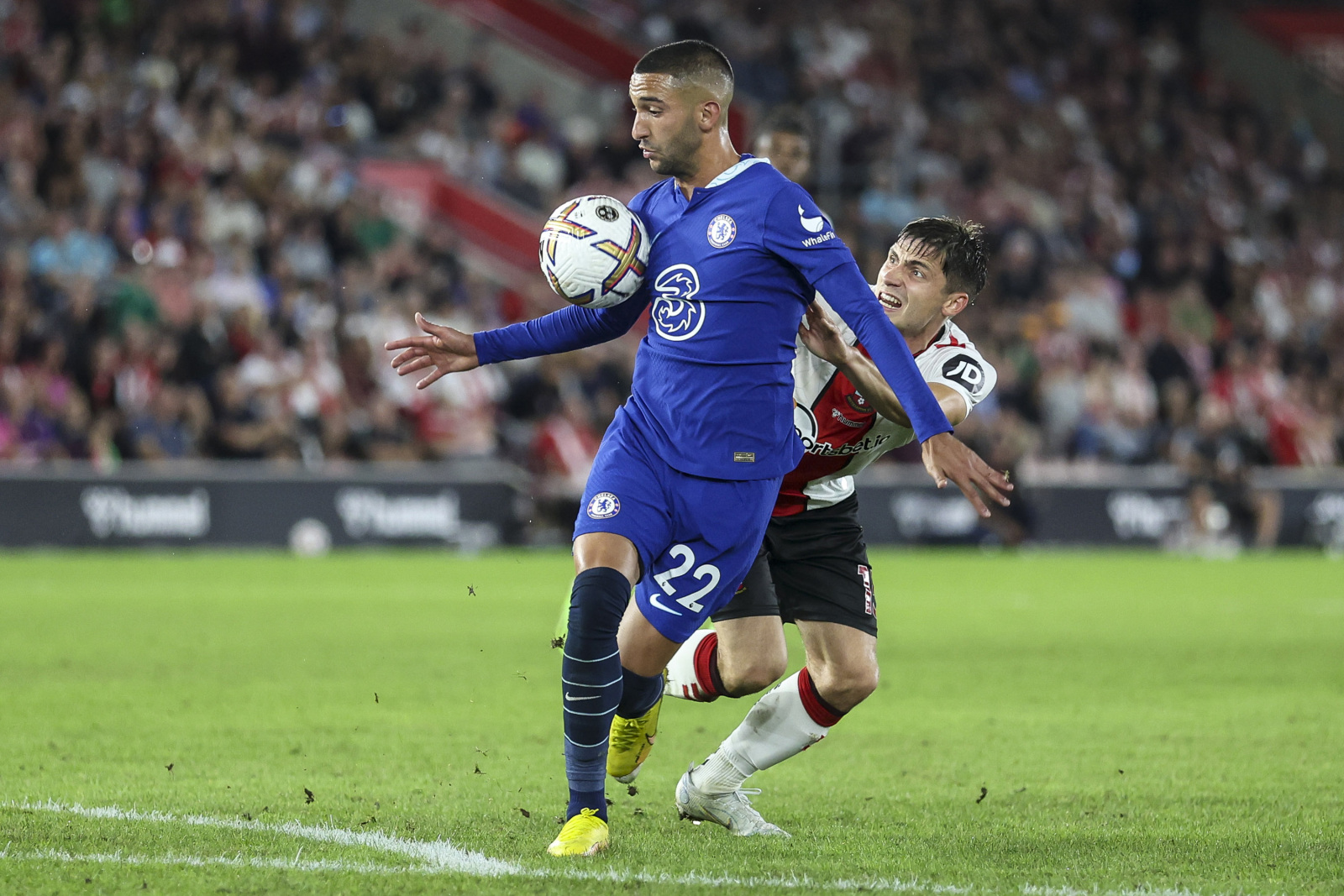 A thrilling summer transfer window saw several groundbreaking deals completed, Chelsea’s new owners were perhaps the busiest having spent a record £271 million in one window to kickstart their new era.

New signings are already getting to terms with their new environment as some players who sought a move away will remain in situ for another three months at least. The Boehly-Clearlake ownership oversaw a major exodus from Chelsea while recruiting extensively for the first team and academy, yet they failed to clear out all of those who wanted out.

Hakim Ziyech being the most curious case.

The 29-year-old had been close to joining former club Ajax as a replacement for Antony, with Serie A champions AC Milan also credited with interest.

Ziyech moved to West London for £33 million in 2020 and has been unable to replicate the form that made him one of the brightest attacking talents in Europe. Despite winning the Champions League in his first season, the Moroccan has been wildly inconsistent with game time and performances, thus producing 14 goals and 10 assists in 87 games for the Blues.

The winger struggled to hold down a starting place last season with his most productive spell being three goals in three Premier League matches over winter. Ziyech has since produced a single goal and assist each in his last 17 appearances.

In 2022/23, he has made just one start in all competitions following a summer of intense speculation over his future. Ziyech was brought off the bench to inspire a second-half fightback against Dinamo Zagreb but rather went on to have probably the worst cameo of his Chelsea career.

The very next morning, it was announced the ex-Twente man would be working under his third manager at Stamford Bridge.

Ziyech and Christian Pulisic were the biggest victims of the attacking struggles and lack of confidence amongst the forward players during Thomas Tuchel’s 19 months in charge. It is no surprise both men actively took steps to leave Chelsea

The Dutch-born attacker was clearly not well-suited to a 3-4-2-1 system as Tuchel preferred his wingbacks to provide the width, meaning players like Ziyech that naturally cut inside from the right-wing position had to adapt to play centrally, more so alongside another attacking midfielder.

This tactical setup made Chelsea stronger as a unit but restricted Ziyech’s wide range of creative qualities.

Nevertheless, the instinctive attacker has proven a stable outlet for goal-scoring chances. Ziyech averaged 5.38 and 4.37 shot-creating actions per 90 minutes in his first two full seasons in England.

He also boasts 85 key passes and 135 final third passes despite limited opportunities for the blues. Interestingly, Ziyech ranked first for big chances created per 90 and fifth for expected assists per 90 in the league in his first season.

Be that as it may, the dynamic left-sided player has never been in the starting lineup long enough to stake his claim.

With Graham Potter at the helm, fortunes could perhaps turn for Ziyech as a clean slate offers an opportunity to express himself in what is expected to be a more progressive attacking team.

The ‘new manager bounce’ might take effect and the forward only needs to take inspiration from Jorginho and Antonio Rüdiger who went from out-of-favour into key players in a Champions League-winning team once Tuchel took over at Chelsea.

Ziyech was introduced for the final ten minutes of Graham Potter’s debut game in charge against RB Salzburg and could have scored with his first touch save for a magnificent stop by Philipp Köhn.

Although he looked shorn of his usual confidence, the 29-year-old got all of his three shots on target and Peter Crouch shared his concern during his role as a BT Sport pundit, saying:

“I think there is a little lack of confidence in certain players. We see Ziyech come on, you can see his shoulders are down and he doesn’t look like a player full of confidence,” Crouch noted.

While the Chelsea fanbase seem to have completely given up on Ziyech, the player needs to lift himself and focus on his football.

Par for the course, New Morocco coach Walid Regragui has offered the star a return to international football after he had fallen out with former coach Vahid Halilhodzic and subsequently retired from international duty.

Ziyech has been recalled for Morocco’s upcoming friendlies against Chile and Paraguay, and the change in scenery could kickstart a change in fortunes at club level.

The player now has a place at November’s FIFA World Cup to fight for and he would be keen to get game time for physical and psychological rhythm.

Should Potter, a man who is notable for his emotional intelligence and man-management skills, be able to string a tune out of Ziyech’s performances, we might be about to see a motivated and much better version of a man known as The Wizard.