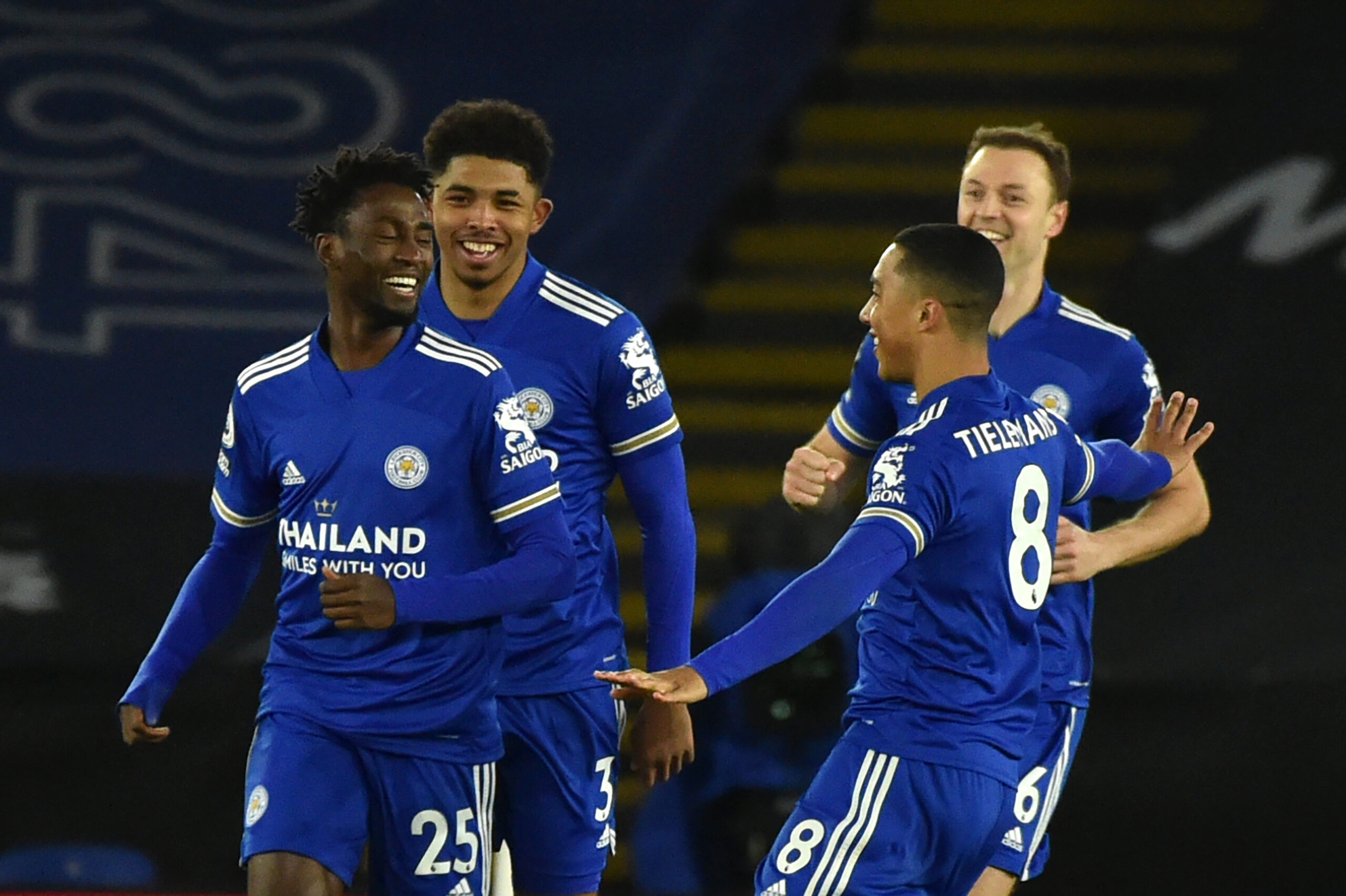 Leicester City climbed to the second spot on the Premier League table after 24 games, with a come-from-behind 3-1 win against outgoing Champions Liverpool at the King Power Stadium.

With Liverpool dominating the opening half, Leicester stayed disciplined and capitalized on seven minutes of madness when they scored three late in the second half.

Mo Salah’s 17th goal of the Premier League season was leveled by James Maddison’s free-kick before a calamitous error between Alisson and Ozan Kabak allowed Jamie Vardy a free run at an empty net.

Wilfred Ndidi assisted the third goal for Harvey Barnes as he picked up the Leicester Man-of-the-match award after a thrilling game.

The Nigerian already missed three months this season but has been nothing short of world-class every time he steps on the pitch for the foxes. He returned from a slight hamstring injury last week and was at his imperious best against the Merseysiders.

Against the misfiring Champions, Ndidi was expected to deliver a stellar showing. This big performance comes after another against Chelsea when he scored the opener from an awkward left-footed volley that went in off the post.

Ndidi would also have been pleased with his performance against Thiago Alcântara in midfield. He was immense and characteristically reliable out of possession, helping to foil Liverpool’s wave of attacks.

Wilfred Ndidi made more ball recoveries (19) in a single match than any other outfield player in the Premier League this season.

Putting in a shift against Liverpool. pic.twitter.com/bXC5CDs0Fg

Leicester are determined to overcome their also-rans’ tag under Brendan Rodgers after losing out on a top-four place on the final day of last season. The key to that is beating their nearest challengers on the table and Rodgers has duly won against Pep Guardiola, José Mourinho, and Jürgen Klopp, having never done so before this season.

The Midlanders are now seven points off Champions-in-waiting Man City, with an exciting top-three battle alongside Man United.

“When you beat a team of that quality, of course it continues that confidence that you have,” Rodgers continued. “I think we’ve shown that this year in big games.

“Like I say, we’ve come in and played with composure and a calmness and showed great quality for the goals, so it’s another step for us. I’m delighted for the players, for how hard they worked and we got our rewards out of the game.”

The trait of winning big games is no more than the Leicester players deserve, and Ndidi in particular. They added the final nail in the coffin of Frank Lampard’s Chelsea tenure and effectively turned Liverpool’s slim title hopes into a top-four dog fight.

The 24-year-old has long, even exhaustingly, been seen as the heir to N’golo Kanté who also needs a transfer to a bigger club to showcase his standing as one of the best in his position.

The term underrated has often been used to describe Ndidi, needing the glamour of the UEFA Champions League to prove to people he is more than Kanté’s replacement.

Indeed, Leicester lack a lot of key aggression without their destroyer who averages 3.6 tackles and 2.3 interceptions per 90 minutes in the league. With the Foxes’ current ascent, Ndidi won’t have doubters of his immense quality in the game.

He is simply one of the best at what he does.